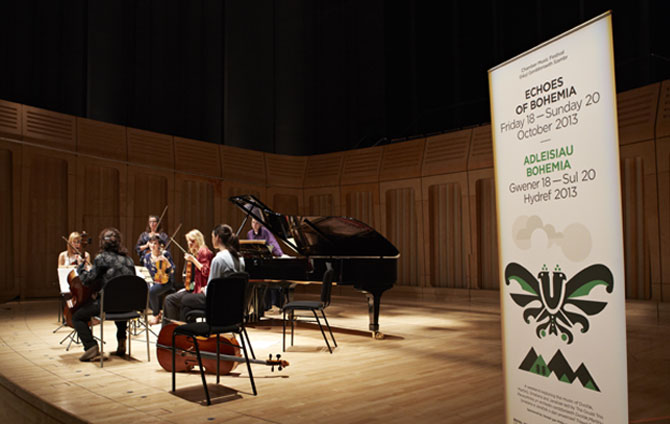 A glorious Autumn weekend greeted the College’s third annual chamber music festival last weekend. Led by the Gould Trio, above, which is Ensemble-in-Residence at RWCMD, Echoes of Bohemia was a celebration of the passionate music written by Dvorak and his contemporaries for small groups of players in the heart of Europe during the last years of the Romantic period. 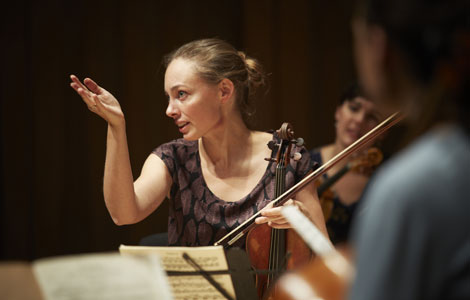 Student from all music departments played in various combinations in a series of foyer performances across the weekend, and there were a late-night wind and string serenades  in the Dora Stoutzker Hall on Saturday. Another highlight for RWCMD’s music students was a special concert (main image) in which they formed quintets with members of the The Gould Trio and special guests including international violinist Lily Francis (above), David Adams (Leader of the Orchestra of Welsh National Opera), and Robert Plane (Principal Clarinet, BBC National Orchestra of Wales). 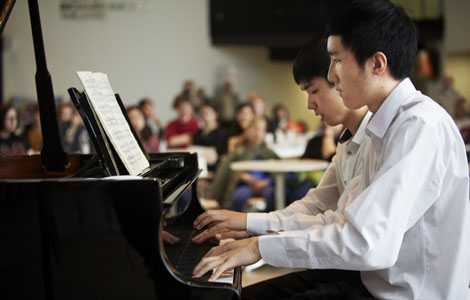 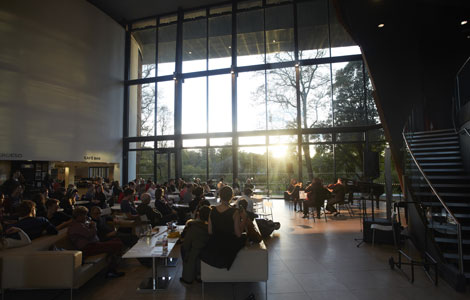