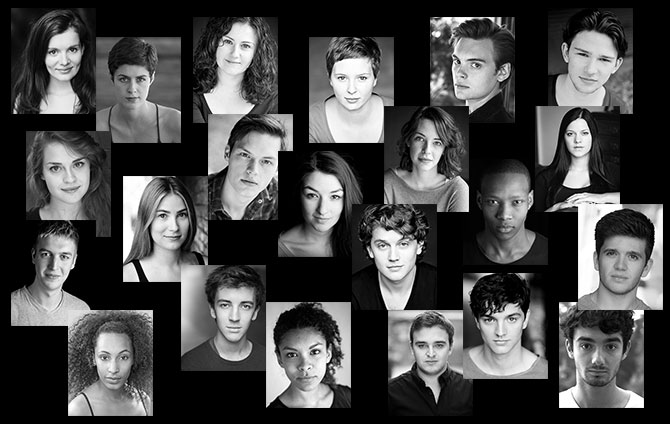 Here are the undergraduate actors that making up part of the ensemble of the 2013/14 Richard Burton Company. Each year, actors in the third year of the BA course come together as a professional rep company, working alongside students from the College’s production and design courses.  During the year, they will perform around fifteen productions from classic plays to contemporary drama to new writing, all directed by industry professionals.

We’ve already seen them perform a retelling of classic Greek epics in Thebans, explore class and hypocrisy in Priestley’s comedy When We Are Married, and they’re currently taking on Shakespeare (Twelfth Night) and Caryl Churchill (Love and Information) in sell-out productions to rave reviews from audiences.

They’ll be joined in the new year by students from our one-year  MA Acting course, who’ll be performing in the company’s next round of productions in February 2014.