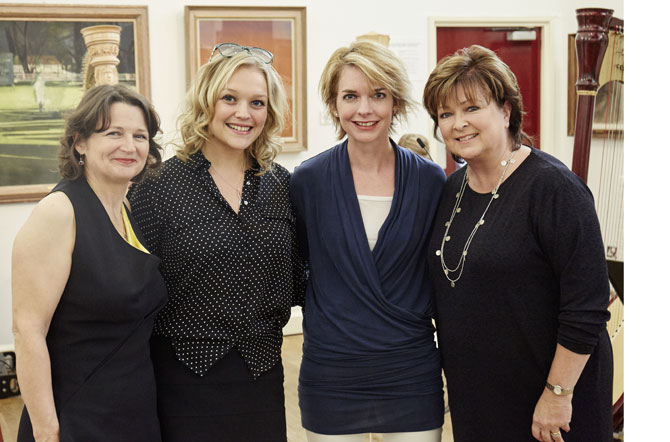 The Royal Welsh College is to host the 14th World Harp Congress in 2020. Catrin Finch, RWCMD Fellow and Artist-in-Residence, and Head of Harp, Caryl Thomas (both pictured above with harpists Alice Giles and Hannah Stone) led the successful bid. 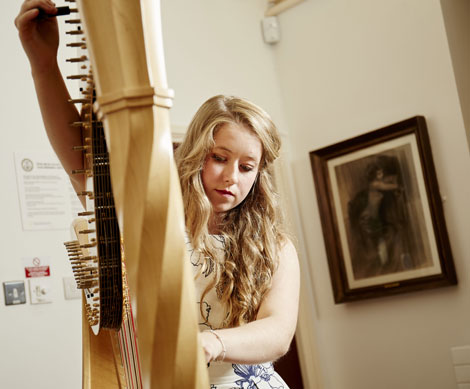 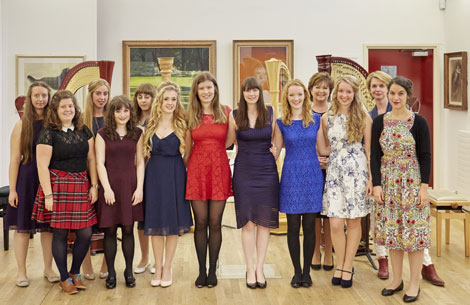 World Harp Congress has members from over 50 countries and is held every three years, aiming to promote harp music internationally with concerts, workshops and seminars embracing all aspects of harp music and performance. 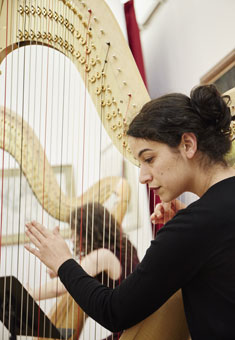 This will be the first time the World Harp Congress has been to Europe in twelve years. The previous congress was held in Australia in 2014 with RWCMD guest Alice Giles as its Artistic Director, and the next congress is in Hong Kong in 2017.