Semele: Themes of Oppression and Escape Through Design 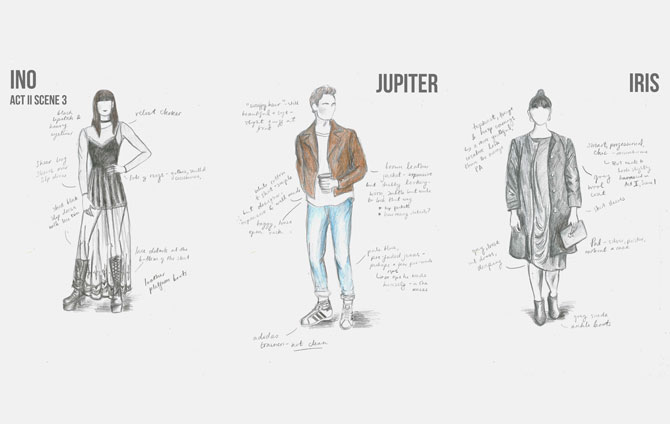 Student Grace Venning is the designer on the College’s co-production of Handel’s Semele with Mid-Wales Opera.

We talked to her about designing the set for an opera that includes gods, goddesses, eagles and flying chariots, and the challenges of making this relevant and real to a contemporary audience. 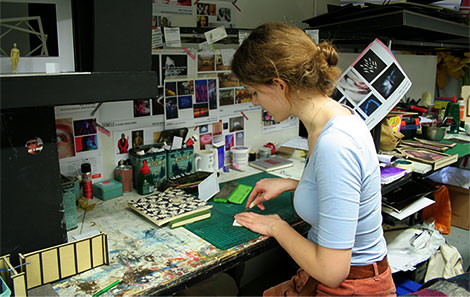 Grace working on designs for Semele

“From the very beginning we wanted to situate this production in a contemporary world in which an ordinary girl escapes into extraordinary circumstances,” explains Grace.

“While the story could initially appear grand and inaccessible, we knew that at the heart of the opera is humanity and all its flaws.

The themes of oppression, escape, self-discovery and immortality were the driving forces in the design process.”

The opera opens in the real world in a run-down community centre in a small town in Wales.

The visual dullness of the real world makes Semele’s escape to the world of the gods all the more spectacular as she enters a place where light, colour, space and texture work on a completely new level.

Some of Grace’s costume designs for the production, below. 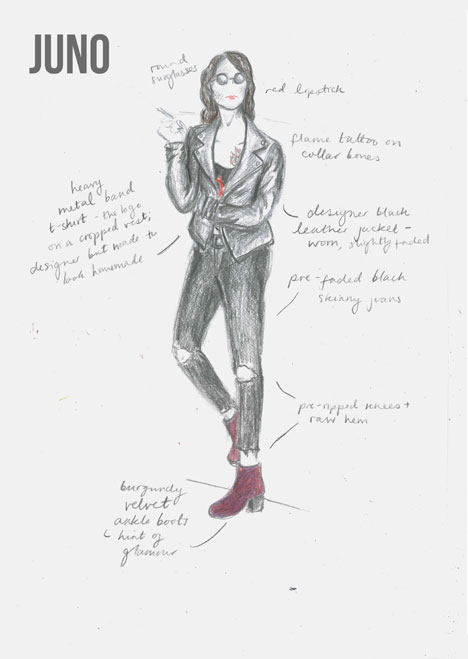 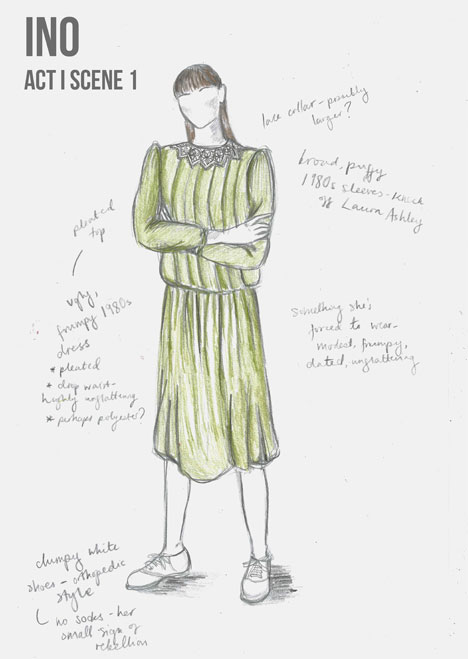 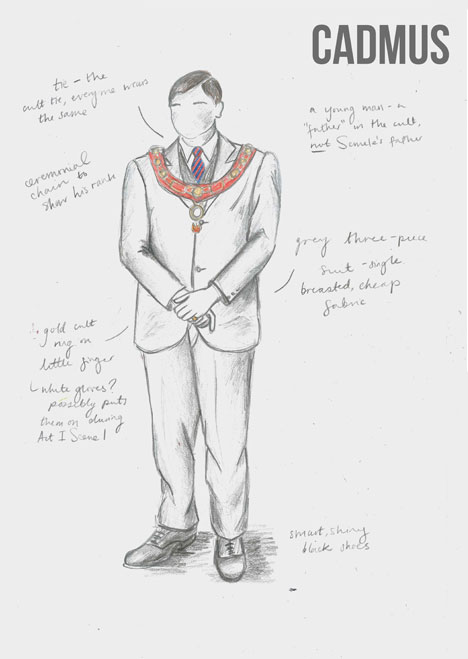 “In our contemporary world we use social media to present an image of ourselves that will last for ever.

We curate our own immortality and carry it around in a pocket sized gallery. So we decided to create a celestial gallery with Jupiter as an artist.

This idea of immortality through image led us to create a language of frames throughout the design, and to explore painting, sculpture, photography and selfies as ways in which we form our legacies.”

Semele will be lit by Stage Management student specialising in lighting design, Sam Smith. Students are also responsible for stage management, set building and other key aspects of the production, which will tour to venues across Wales.