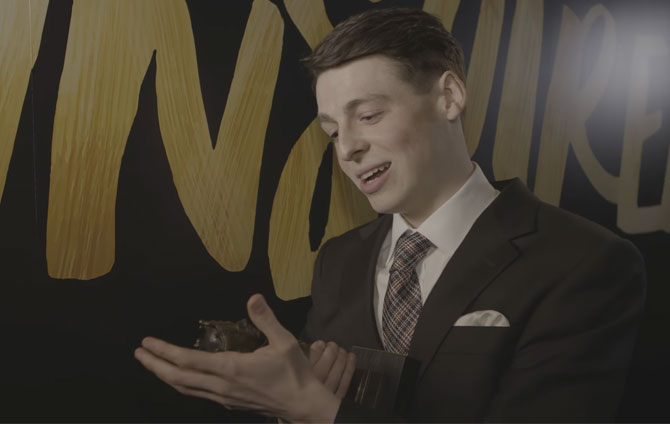 2016 graduate Anthony Boyle has won the Olivier Award for Best Supporting Actor for his role as Scorpius Malfoy in Harry Potter and the Cursed Child.

His most recent success comes after a string of nominations and awards for his role as Scorpius, which was cast while he was in his final year of training at the Royal Welsh College of Music and Drama.

Anthony was not the only winner from the Harry Potter and the Cursed Child team – the production picked up a record-breaking 9 Olivier Awards this year.

Read more about Anthony in our previous blog posts:

Graduates Aneurin Barnard and David Thaxton both won Olivier Awards for Best Actor in a Musical in consecutive years.

2008 graduate Aneurin Barnard won the 2010 award for his performance in Spring Awakening, and David Thaxton won the same award in 2011 for his role in Donmar Warehouse’s Passion.