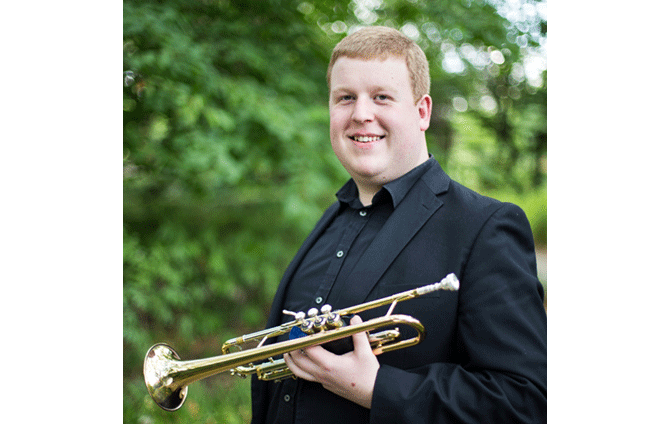 The prize is awarded for the most outstanding brass player in memory of the great Philip Jones, who would have been celebrating his 90th birthday this week.

Philip’s widow, Ursula Jones will be visiting the College next week for the Philip Jones Brass Ensemble Prize, supporting the next generation of Royal Welsh College brass players.

Chris is Principal Trumpet of the Royal Scottish National Orchestra.

Trying to keep my hand in at performing on my own! It’s been a while…. pic.twitter.com/IxaW0Ntp6L

Harp graduate Gwenllian Llŷr won the Len Lickorish prize for a string player of promise in the string final of the competition.