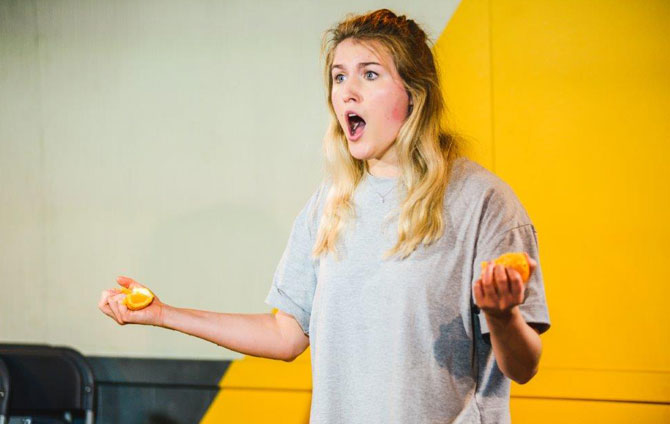 “Albatross is about how the past affects the present – can we escape it? Should we be allowed to?

In rehearsals we’ve discussed the modern dilemma that technology brings with it; now everyone has a digital footprint and everything is logged in perpetuity, do you have a right for your past to be forgotten? “

“I came to the project with puzzle pieces of a story,” said Isley. “My collaboration with the actors and director has been to slot these all together.

The picture is still the same but the angle and colour are in response to their input, especially with staging.” 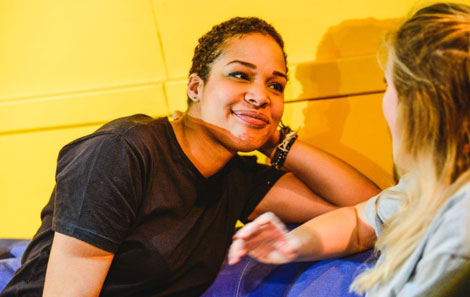 “The students’s generosity of creativity have helped me to find lots of creative pathways through this forest.

These actors aren’t afraid of me and we’re having conversations I’ve never had in any other rehearsal room.”

NEW 2018: Premieres in Cardiff before transferring to London’s Gate Theatre.