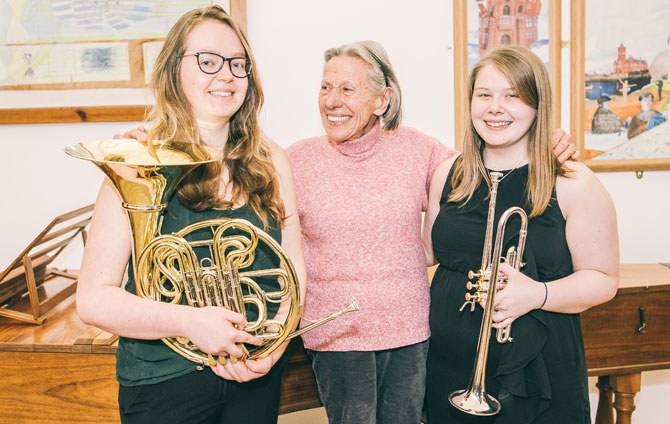 Congratulations to the College’s Oscar Bohme Sextet who have been awarded this year’s Philip Jones Brass Ensemble Prize.

From a first round of 28 College ensembles, eight were selected for the final which took place this week.

“It’s more common within brass chamber music to be a quintet,” explains fourth year tuba player Peter Greenwood,  “so by adding an extra trumpet/cornet we thought we would be adding something slightly different.

The judges commented on the enormous variety of ensembles competing, so we are really immensely proud to have won.”

The group were inspired by last year’s visit to the College from the Prince Regents Band, who specialise in period instrument performance. Their masterclass offered the ideal chance for the students to try out their new collaboration, performing the Oscar Bohme ‘Trumpet Sextet’ which the Prince Regents Band feature on their latest CD.

This performance was so successful it inspired the new Sextet to enter the College chamber music competition.

The competition was judged by Ursula Jones, the widow of the great British trumpet player Philip Jones, and Christopher Mowat, previous Head of Brass at the College and former member of PJBE and London Brass

The prize commemorates the pioneering work of Philip Jones and aims to maintain the traditions of brass chamber music established by his internationally acclaimed ensemble. 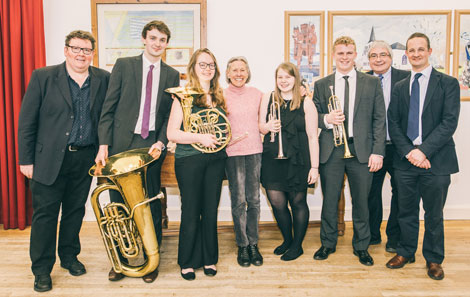