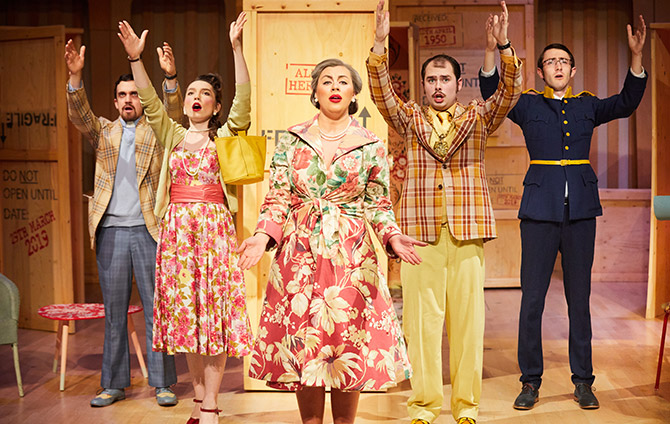 Many congratulations to Rachel Goode (pictured above centre), the winner of this year’s Ian Stoutzker Prize. 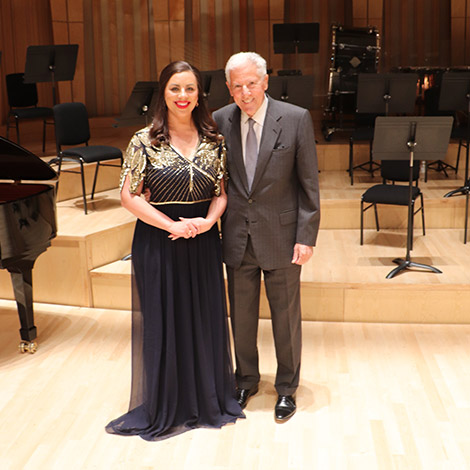 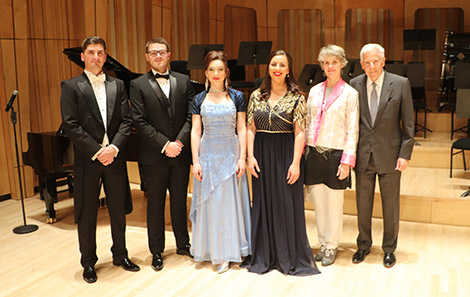 Fellow finalists soprano Bernice Chitiul and tenors Huw Evans and Osian Bowen joined Rachel on the stage of the College’s Dora Stoutzker Hall, to compete for the £10,000 prize, accompanied by the College’s Chamber Orchestra, conducted by College Conductor in Residence David Jones.

The featured image shows Rachel as Lady Billows in the College’s recent production of Albert Herring. Rachel will perform this week as Sister Catherine in Dead Man Walking with Welsh National Opera, directed by the College’s International Chair in Directing Martin Constantine.

“My time at College has been amazing, I can honestly say moving to Cardiff was the best decision I ever made,” said Rachel. “It’s made me grow not only as a singer and performer but as a person.

I really feel I’ve learnt so much and have had so many amazing opportunities.

It’s so important to work with people you can trust and I’ve really appreciated my brilliant teacher, Suzanne Murphy for her continued support and encouragement, and my coach Michael Pollock has also been a huge help in my development.

Before coming to Cardiff I had never performed a fully staged operatic role, and throughout my College courses I performed six full roles, each role always challenged me in a different way and this really helped me develop as a performer.”

Rachel recently made her WNO debut as Sister Catherine in Dead Man Walking, directed by our International Chair, Martin Constantine.

Her next contract is this autumn, with Wexford Festival Opera, performing in their chorus for three operas and will also perform the role of the ugly step sister Maguellone in their short work production of Cendrillon by Viardot.

It was also announced on the evening that Ian Stoutzker will become a Vice-President of the College, joining other highly esteemed cultural figures such as Michael Sheen, Lady Anya Sainsbury and Sir Bryn Terfel.