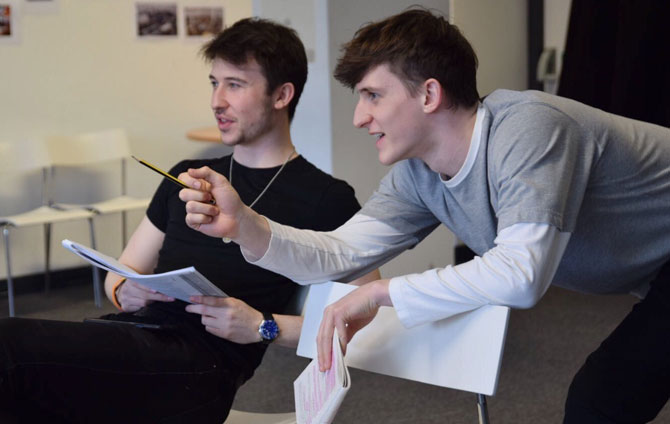 Every year our Young Actor Studio students go off to all corners of the country to study in some of the best drama schools and conservatoires in the UK.

“We’re always very keen to keep a close eye on their progress and keep up with their new adventures as they follow the very demanding training programmes that’ll help them into the industry as professional actors, ” said Mike Waters, Head of Young Actors Studio.

“Achieving a place in a conservatoire takes a huge amount of preparation and commitment as it’s one of the most competitive selection processes in the Higher Education sector.

It’s wonderful to see them all doing so well as they set out on their chosen career paths.”

We caught up with some of our recent Young Actor grads:

Rithvik, who’s originally from Cardiff and went to Cardiff High School, joined Young Actors to develop his audition technique and prepare for the hugely competitive audition process into drama school.

“Young Actors helped me to consistently maintain my drive for drama school. Having to be in on a Sunday at 10 o’clock helped me to always remember my goal – to get into drama school, and not forget it.

The lessons gave me an insight into what was expected of me, particularly audition technique. This helped me to work on my monologues and what was expected at auditions, putting me into a completely different and positive mindset for preparing for them, and also showed me how much fun drama school can be.” 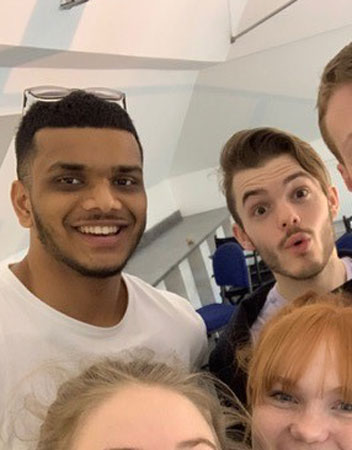 Rith pictured in rehearsals with some of his friends at LAMDA

Mali O’Donnell
Mali, a Welsh speaker and ex-member of the National Youth Theatre of Wales, joined Young Actors in 2017 and then successfully auditioning for RADA. She’s spent her three years in RADA alongside a number of ex-Young Actors students, including Iwan Davies and Florrie Dobson.

She’s now in the middle of her final year of productions and showcases before beginning a career as a professional actor.

” Young Actors Studio was an amazing experience for me. It allowed me to work with like-minded people who had a passion for the same things I did. It also prepared me for drama school auditions,making me feel confident in myself and my choices. I made some amazing friends and had the opportunity to collaborate with passionate tutors, who I have a lot to thank for!” 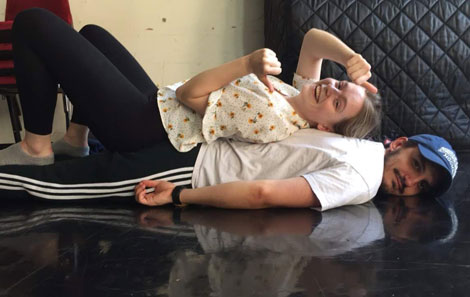 Mali in Rehearsals in RADA 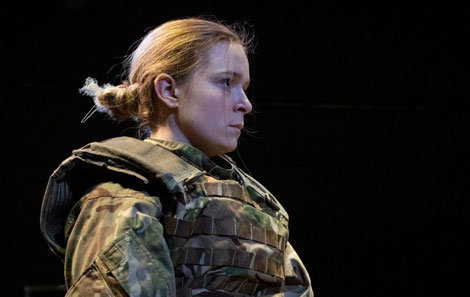 Mali in a production of ‘Bruises’

Ellinor Larson
Ellinor is originally from Pembrokeshire and attended the Young Actors Studio every Saturday in Haverfordwest. She gained a place at the Royal Conservatoire of Scotland in 2018 and has been really enjoying living in Glasgow, even though it’s so far away from the Pembrokeshire coast.

She especially appreciated the supportive tutors and continued help to prepare for her new life in a drama school.

“Young Actors helped me build my confidence through all the classes and personal support and continued to support me through the drama school audition process. I wouldn’t haven’t got into the Royal Conservatoire of Scotland without it”. 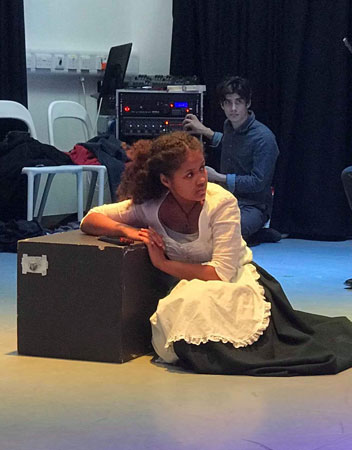 Seb Lewis and Tom Hill
Both Seb and Tom are currently in their first year at the Royal Welsh College.

Seb is from Cardiff. Tom made the 300 mile journey traveling from Plymouth to Cardiff every Sunday to attend Young Actors. He was also offered a place at LAMDA, but decided to stay and study in Cardiff. 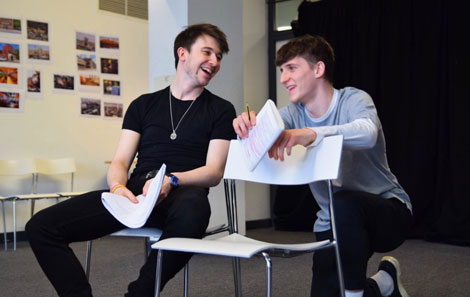 Seb (left) and Tom in classes at RWCMD

If you are considering auditioning for drama school next year and you’d like to gain some insight into life in one of the UK’s top drama schools you can attend our Young Actors Studio Open Day which will include classes in improvisation, acting for camera and an audition masterclass.

Find out more about Young Actors Studio on our course pages.