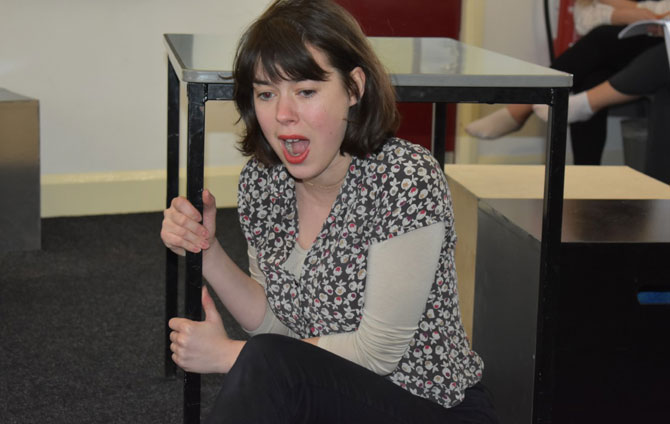 We wanted to celebrate all things Miss Havisham – given that she sadly won’t be haunting the Dora Stoutzker stage this week.

In the absence of her presence, we asked MA Opera Performance student, Louise Geller, who would have played the most famous jilted heroine in literature, about Miss Havisham’s Wedding Night. 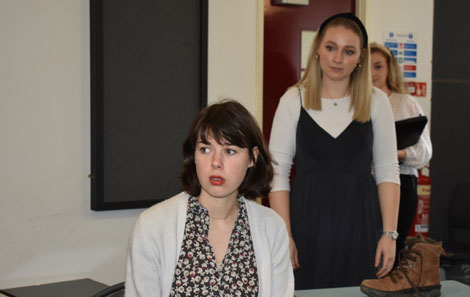 “Every night in her room Miss Havisham relives her wedding night, opening the letter that tells her she’ll never be a bride,” explained Louise.

“This opera is a contemporary adaptation and brings to the fore her vulnerability and gives her greater depth than the usual portrayals. It’s emotionally intense as we’re living her life and her tragedy with her. 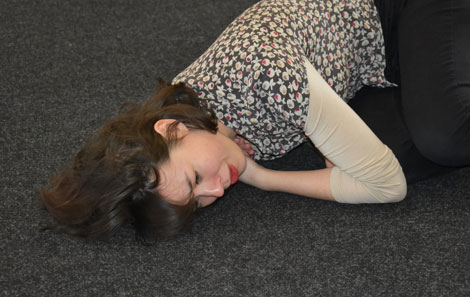 The music is very dramatic and marries with the words so well, making it easy to empathise with her and find her vulnerability. I’ve explored and discovered her character even further with the help of Linda, the director, and I’ve really enjoyed the drama of the piece, combined with the acting.”

Miss Havisham’s world was a reflection of what we are all experiencing – she was retreating further into her own self-inflicted isolation and therefore stuck in a wheel which she could not get off. “ 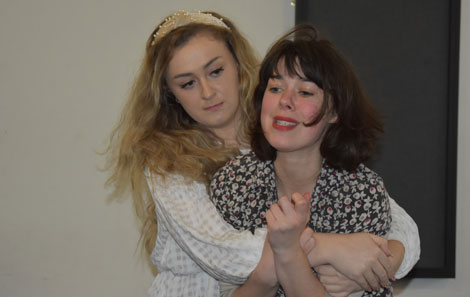 Louise continues, “She’s much younger than she’s often portrayed and there’s lots of physicality, she’s always moving around. She says she’s mad but there are moments of lucidity where she’s very aware of herself and what she’s saying.

I love this piece because it’s so accessible as an opera. She’s such a well-known character so the audience are already aware of elements of her story, and so it’s easier to take them on the journey of discovery with me.

The opera is in English which meant that I could really get to grips with the language, dismantling the text and building it up again to create my version of her character. That, and the fact that it’s a one act, 30 minute performance meant we hoped it would appeal to a new audience who wouldn’t necessarily come to see an opera.” 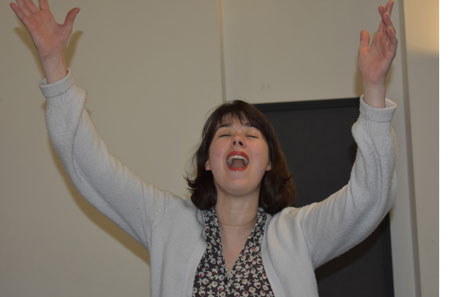 Linda again commented, “With Stephen Harris, the music director, and me as stage director, Louise had stripped away the complexities of the score and vocal line to find the truth behind this Miss Havisham of 2020.

We were on a path which was ready to address the workings of the mind, the vulnerabilities of a young defeated woman and how her repetition may lead to a path of recovery.

I am hoping that our audience will have an opportunity in the future to see this work and for our team to again unite as it’s a performance worth waiting for.”

Louise, who trained as a doctor in Bristol before coming to study opera at the College, made her Edinburgh Festival debut last year with her one woman show, A Comedy of Operas. The BBC made a short film about her experience, ‘I’m a First Time Performer at the Edinburgh Fringe.’

She’s currently working on a contemporary opera for the Bath Jane Austen Festival in the autumn.

You can find out more about the David Seligman Opera School here.