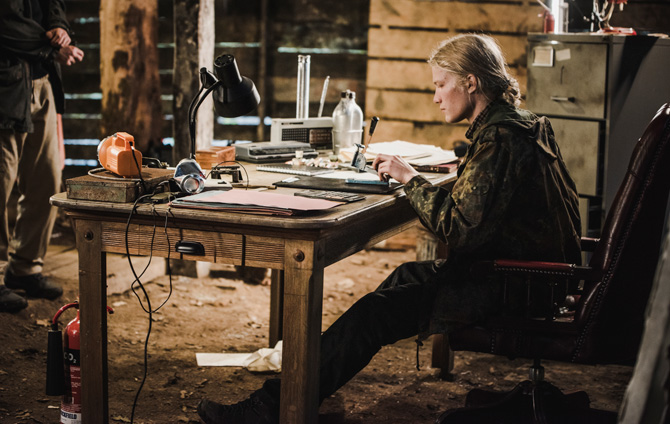 This year’s student designers and stage managers have had to deal with completely new challenges.

Responding to the question of how to present performance during lockdown, the College has created its very first Short Film Festival, working with commissioned scripts from three leading writers, and a professional film crew. It’s a very different world to working in the College’s theatres as they normally do in their final year.

The three short films, Love by Hodge International Chair in Drama Simon Stephens, Dove by Simon Longman, and Radiance by RWCMD graduate Moira Buffini, have all been filmed this term, and under Welsh Government Covid health guidelines. 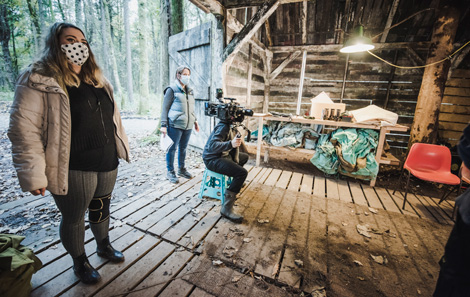 Filming on the set of Radiance

The Show Must Go On

So, how was it different to working on a theatre performance?

Stage Management student Kanoko Tobe explains, ‘To me, it felt completely different and very similar at the same time. I think the basic principle is the same – to make ‘the show’ happen. 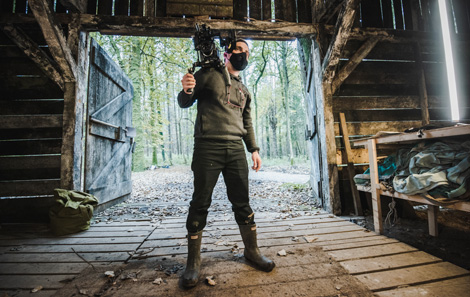 Christopher Davenport, who graduated in Design for Performance this summer and missed out designing his final show at RWCMD, really appreciated coming back to College to design the costumes for the three films. 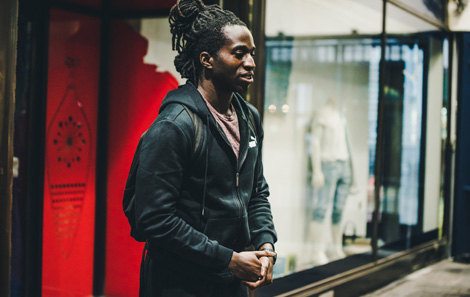 Christopher designed the costumes for all of the films including Love

‘Designing for film compared to theatre has completely new challenges,’ he said. ‘In theatre generally you have a certain level of suspension of disbelief and you can ‘cheat’ costumes somewhat because the audience is further away. On film however there are so many small details that are noticeable on screen.’

The Benefits of Working with Film

Kanoko enjoyed the interaction with other departments: ‘In theatre the assistant stage managers (ASMs) are usually in charge of props sourcing and management,’ she said. ‘But for this project we have a props / set decoration person from the art department to source and manage props under the supervision of the production designer and the art director. This meant there were a lot more interactions with the designers than I normally had in theatre productions, which I found exciting’ 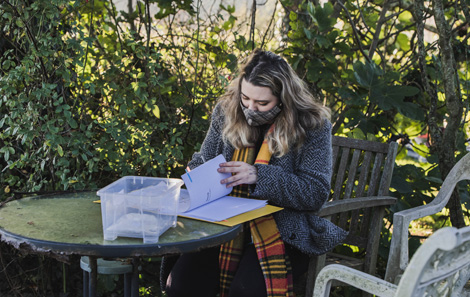 For Christopher: ‘We were very lucky to have access to seminars from some really experienced designers, supervisors and makers (for both filmed and live events) over the lockdown, so I’ve just been absorbing as much information about the filming process from them as possible.’

‘Flexibility was the key for me during this project,’ said Kanoko. ‘Our filming schedule was constantly changing due to weather as we were mostly shooting in exterior locations. Quick decision making and flexibility were the key to working in an environment that required constant adjustment on everything.’ 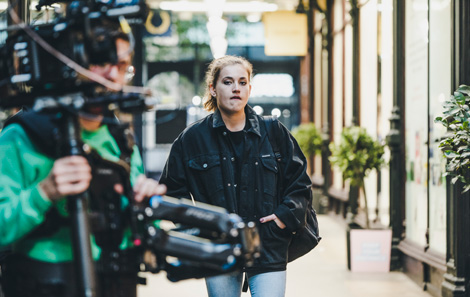 ‘I have this golden rule as a stage manager: always think the worst-case scenario but express positivity towards others. When a stage manager looks anxious, everyone in the company senses that, and that isn’t what you want. Positivity is always important to motivate my team as well as the whole company.’

Embracing the Challenge of Working under Covid

‘I honestly believe that film projects like this should stick around at College even post-Covid,’ said Christopher.

‘It’s such a different way of working for everyone and the skills you learn in the process are invaluable for anyone who is looking to enter into a career in performance, whether that be as a performer, a creative or a technician.’

‘There’ve also been some aspects of socially-distanced working that have genuinely worked out really well. Of course it will be nice when we can finally work in a normal way again, but being a little bit creative and flexible to the situation has allowed us to create some exceptional pieces of work and I’m really proud of what we’ve all achieved.’ 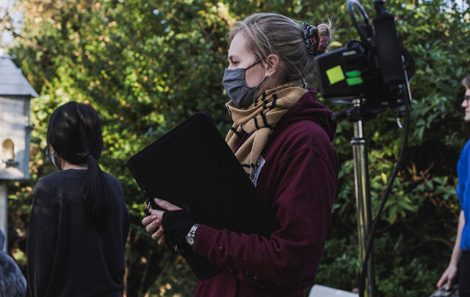 Design for Performance student Tierney Dore, working on continuity on the set of Dove

Kanoko added, ‘I didn’t have any experience in films before, so as well as learning about the film world in general, the biggest learning curve for me is how to incorporate the regulations around the COVID-19 into this project.’

‘It was a challenge but a very good learning experience, especially as this is what we’ll need to deal with for quite a while. It also motivated me to tackle the challenges that’ll enable our creativity to carry on.’

Watch #RWCMDFilmFest on our What’s On pages.

To find out more about studying Stage Management or Design for Performance at College check out our course pages.