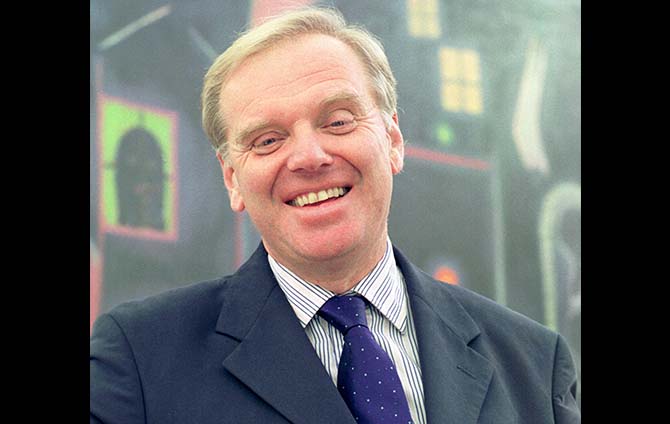 We are sorry to share the news that Edmond Fivet CBE, former Principal of the Royal Welsh College, has sadly passed away after a short illness.

Formerly Director of the Royal College of Music Junior Department, Edmond was appointed Principal of RWCMD in 1989 and was the longest serving university principal in Wales when he retired in 2007. His vision for the College established it firmly as the national conservatoire of Wales.

His 18 years of dynamic leadership were hugely significant and included membership of the University of Wales, the creation of the College’s Junior department, the acquisition and re-imagining of the Anthony Hopkins Centre, awarding of Royal status from HM Queen Elizabeth II, Patronage of HRH The Prince of Wales and – with support from Welsh Government – public funds to support the realisation of the Dora Stoutzker Hall and Richard Burton Theatre.

Edmond was awarded a CBE for services to music and education in 2008 and was an Honorary Doctor of the University of Glamorgan, Fellow of the Incorporated Society of Musicians, Royal College of Music and Royal Welsh College of Music & Drama, he remained extremely active as Musical Director of Aldeburgh Music Club and the Prometheus Orchestra in Suffolk.

His many former colleagues and students will remember Edmond with great fondness as a man with real warmth, a great sense of humour, and a lifelong commitment to the nurturing and development of young artists. We will, in due course, consider how to celebrate Edmond’s immense contribution to the College, but our thoughts are with his family at this time.

“Edmond Fivet CBE was an extraordinary man of real warmth, a great sense of humour and a lifelong commitment to the nurturing of young artists. He was a dynamic Principal whose vision for the Royal Welsh College of Music & Drama established it firmly as the national conservatoire of Wales.

He passionately believed that Wales’ unique cultural diversity made it essential to have a national conservatoire, as a beacon of excellence for the arts. We, and Wales, owe him huge appreciation for his determination in achieving this dream. His legacy will live on through the generations of artists who continue to learn, work and grow here every day.”