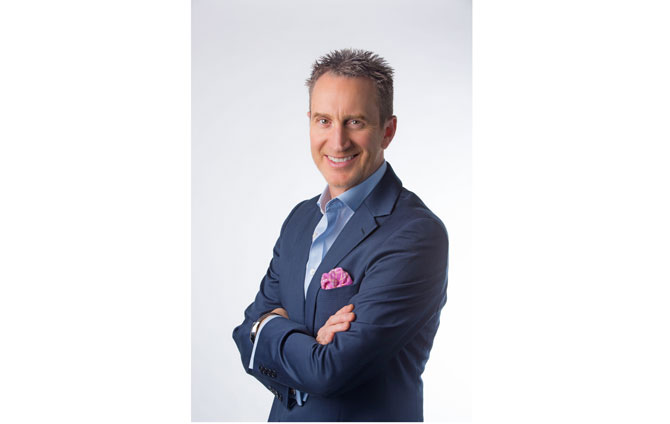 The Royal Welsh College of Music & Drama is delighted to announce the appointment of Aled Miles to its Board of Directors.

Aled is a Welsh born, California based executive with over 30 years of global technology, telecoms, media and defence sector experience.

Most recently, Aled was Chief Executive Officer and board member of global technology company TeleSign Corporation, leading strategy change and its eventual $250m+ acquisition by a major European company.

Announcing the appointment, John Derrick, Chair of the Board of Directors at the Royal Welsh College of Music & Drama, said:

“We are delighted that Aled has agreed to join the College Board. His executive leadership and business experience will be a huge asset to the College. We have strong links with the United States today and Aled’s experience in Silicon Valley and Los Angeles will be of huge value for the College.

Our students are emerging into a world where the confluence between the arts and technology is narrowing and his experience will be invaluable as we explore opportunities with digital and technological innovation to expand and enhance teaching provision and collaborative working within the sector.”

Aled has previously served on the executive committee of cyber security giant Symantec, (NASDAQ: SYMC) where he held responsibility for the $2bn global Norton business unit.

Prior to this, he was Chief Executive of Cineflex Camera Systems, overseeing the manufacture of high-end aerial filming systems for television & film. It was used exclusively throughout the landmark BBC Series Planet Earth and Frozen Planet (winning a Technical EMMY) and establishing Cineflex as the industry standard.

Aled is also proud to serve as the Chair of the American Associates at the Royal Welsh College of Music & Drama.

“I am thrilled to join the Board of the Royal Welsh College during this exciting time in its development.

It is a world class institution, and having had great pleasure in working with the College on programmes in the US, I am now looking forward to joining a strong Board of Directors to help shape the future development of the College”

Aled will join the Board with immediate effect.

The Board provides leadership to the College in carrying out its role as the National Conservatoire of Wales.

The Royal Welsh College of Music & Drama, the National Conservatoire of Wales, and part of the University of South Wales Group, operates within its international peer group of conservatoires and specialist arts colleges. It attracts young artists from around 30 countries to provide a constant flow of emerging talent into the music and theatre industries and related professions.
In June 2011, the College opened new £22.5 million performance and rehearsal spaces. The world-class facilities include the Richard Burton Theatre, the Linbury Gallery, foyer performance space, rehearsal studios and the Dora Stoutzker Hall.

In 2018 the Royal Welsh College of Music & Drama was ranked No.1 in the Guardian University Guide’s subject tables for Drama – the fourth time it has taken the top spot in the past six years.
Professor Helena Gaunt joined the College as its new Principal in September 2018