Celebrating the Best of the Performing Arts: RWCMD’s New Fellows 2021 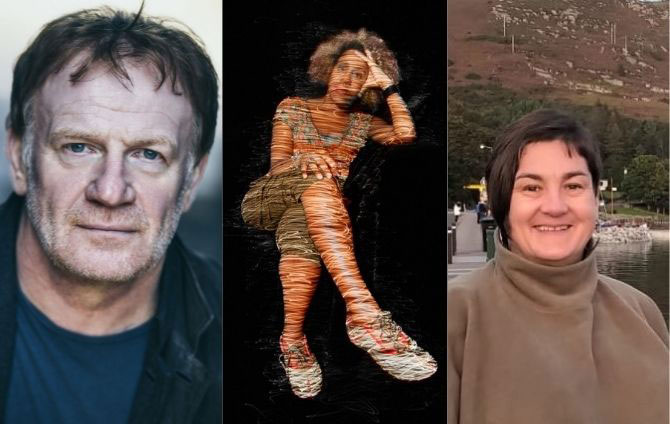 Each year the College’s honours key distinguished artists who have achieved international distinction in the creative and performing arts industries as well as forming a relationship with the College and its students.

At the end of this difficult year for the arts the sense of RWCMD community has never been more important and the College looks forward to deepening its relationships with this year’s new Fellows who demonstrate the very best of the performing arts in music and drama, from composition to stage management and from opera to acting.

This year we are particularly proud to honour one of the most inspirational international artists in their field, composer and musician Errollyn Wallen.

Joining her as new RWCMD Fellows are two RWCMD graduates: producer, production manager, and Director of SC Productions Sarah Hemsley-Cole, and award-winning actor Mark Lewis Jones, who have both have made a significant contribution to the cultural life of Wales, while raising Wales’ profile within the arts industry worldwide.

‘We are delighted to welcome our new Fellows to the Royal Welsh College family,’ said Principal Helena Gaunt. ‘The College sets great store in our sense of community that comes together from 50 different countries. We celebrate our diversity, and it’s an opportunity for us to showcase the world-class talent that the College nurtures and welcomes, making links across the industry. We look forward to welcoming them back to RWCMD as soon as we can.’

Errollyn Wallen’s impact on the classical world is hard to over-estimate. The first black woman to ever have a composition performed at the BBC Proms, her work was further recognised in 2020 when she was chosen to rework Jerusalem for the iconic Last Night of the Proms. Communication is central to her work – engaging the audience, speaking directly to hearts and minds. The Observer has called her ‘a renaissance woman of contemporary British music.’

Errollyn is becoming a well-known friend of the College as she was one of the first guests in the College 2020 Live Lockdown Lowdown series, engaging with the students, and again was a significant contributor to the College’s staff development day in September last year. We look forward to this relationship growing over the next few years.

Stage Management graduate Sarah Hemsley-Cole is the founder and company director of SC Productions and a huge supporter of the College and the Stage Management course. She has helped restructure and deliver the Event Management modules within the College’s courses, taken students on placement and offered employment opportunities to graduates.
Throughout her career to date she has dreamt up and executed stage solutions for headliners such as Stereophonics and Ed Sheeran.

Sarah is committed to the arts sector, proudly promoting equality & diversity in her work, and is co-founder of NOWIE (Network Of Women in Events) and is a member of Cardiff Music Board as well as actively leading the #WeMakeEvents Cymru campaign team and supporting the national campaigns.

More recently she helped create the Dragon’s Heart temporary hospital for Covid-19 patients in the middle of Cardiff’s Principality Stadium and has most recently been Lead Producer for the Opening Ceremony of Coventry City of Culture 2021. In 2020 Sarah became only the second woman to win the ABTT’s (Association of British Theatre’s Technical Award) Technician of the Year.

Mark Lewis Jones is an award-winning acting graduate whose CV encompasses some of the most highly acclaimed and most successful television of recent years, including The Crown and Chernobyl. He’s recently kept it in the RWCMD family, performing with other RWCMD graduates closer to home in BBC’s Keeping Faith and The Pact. He’s just been nominated for a Bafta Cymru Best Actor award for his role in Gangs of London.

He’s just at home in major films like Star Wars and The Good Liar as he is in Welsh television series such as Hidden/Craith and Stella. He is also well-known for his theatre work, including performances at The National Theatre, the Royal Shakespeare Company, the Donmar Warehouse, and in the West End. Mark is a great supporter of the College and over the last few years has been giving acting workshops focusing on screen work.

Congratulations to our new RWCMD Fellows!

Graduate Sarah is ABTT’s Technician of the Year!