RWCMD Announces Struan Leslie as its new Head of Movement 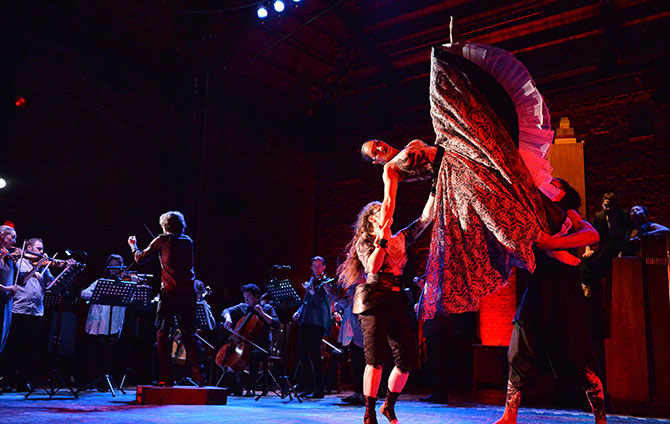 The Royal Welsh College of Music & Drama has appointed one of the country’s leading Movement Directors Struan Leslie as its new Head of Movement.

Struan brings with him a wealth of diverse and collaborative experience as a director, choreographer and artist-teacher, reflecting the Royal Welsh College’s innovation and ambition to push the boundaries between the music and drama disciplines. 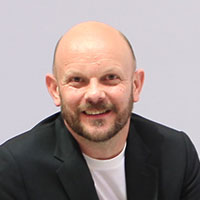 The focus throughout Struan’s career has been working across artistic disciplines, celebrating the innate diversity of dance.

He has worked with some of the most renowned theatre and opera companies in the world, from WNO to the RSC, with directors such as Michael Boyd and Katie Mitchell and musicians such as James MacMillan and Aurora Orchestra. 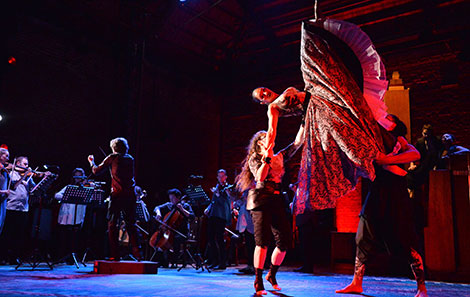 Illuminations, conceived and directed by Struan, brought together classical music and circus performance to open the Aldeburgh Festival in 2016.
Credit Mark Allan

‘We are very lucky to have Struan joining us at RWCMD where he will be taking a fresh approach to Movement training across the whole College,’ said Jonathan Munby, Director of Drama Performance.

‘I’ve known Struan professionally for a number of years and have admired the quality of his work, his dedication to the craft and the strong relationships he has built within the industry. His passion for the work and his pursuit of truth and excellence are second to none. I can’t wait to welcome him to Cardiff and I know we are entering an exciting new chapter with him in this role.’

Struan, who was the Head of Movement at The Royal Shakespeare Company said, ‘I am thrilled to be appointed as RWCMD’s new Head of Movement. The College in its work and ambition has always been at the forefront in training artists who go on to achieve at the highest levels of theatre and music performance.

I am excited to join the team here preparing the students for the ever-increasing demands placed on artists in the 21st century.

‘I am drawn to the work of the Royal Welsh College because it actively celebrates its role, innovating in all areas of music and drama. This process of exploring artistic boundaries and finding new territories for performance mirrors my own in production and rehearsal room.

‘The body and movement in all their diversity and possibilities is at the core of my practice regardless of genre. This process focuses on enabling and supporting everyone involved and is the foundation of all my collaborations and teaching over the last 35 years.

I look forward to coming to Cardiff to continue this work.’

RWCMD has recently redesigned its ambitious undergraduate Music BMus programme and Struan’s appointment aligns with its new approach to collaboration, artistry and society.

‘Struan is a truly collaborative artist who isn’t tied by traditional boundaries and understands the ethos of musicianship, joining up every aspect of the disciplines captured under the umbrella of the performing arts,’ said Director of Music Tim Rhys-Evans.

‘Our new Music undergraduate course focuses on this co-creation and diversity of learning and Struan brings a chemistry and inspiration that only comes when these worlds collide, creating a safe space, and enabling artists to thrive without being inhibited by specialism, where they can focus on their imagination.’

Struan joined the College in August.

Struan Leslie has been creating movement-based theatre and performance for more than 30 years in over 300 productions as well as teaching and training at the highest level. This includes plays from ancient, early modern and contemporary periods, circus, oratorios, operas as well as his own devised productions and dance works.

He was the founding Head of Movement at The Royal Shakespeare Company from 2008-2013, creating movement and choreography and supporting on over 100 productions.
Whether as the leading, conceiving artist on a project or as part of a team creating work, Struan’s work is identified by its ‘trans-disciplinary’ and collaborative nature. There is also, through all areas of his work, a common thread in the principles of choric and ensemble work. These processes bring together his wide experience and knowledge in all areas of performance. The elements of theatre production combine with other disciplines, such as music and visual arts, to create work that is specific, in both devised work and in response to extant repertoire.

He has collaborated extensively with many directors. Over a 15 year period he was Movement Director and choreographer on some 35 productions directed by Katie Mitchell including seminal productions of Ancient Greek plays at the National Theatre as well as Operas and Oratorios at Welsh National Opera. He has also collaborated with directors including Neil Bartlett, Roxanna Silbert, Michael Boyd, Gregory Doran, Nicholas Hytner, James Dacre, Dominic Hill and Phillip Howard.

During the last 30 years Struan has consistently been devising and creating new work from self-performed solos to large scale events in theatre and site-specific projects. Integral to his practice is his work as an artist-teacher leading workshops and master-classes for performers, actors, dancers and musicians in the UK and all around the world.

For more information go to www.StruanLeslie.com

Featured Image:
Illuminations, conceived and directed by Struan, brought together classical music and circus performance to open the Aldeburgh Festival in 2016.