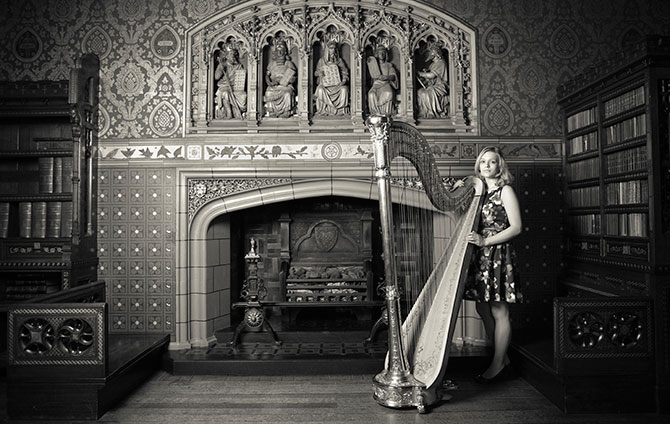 Postgraduate harpist, Hannah Stone, has become the fourth person to hold the title of Official Royal Harpist to the Prince of Wales, it was annouced yesterday.  Hannah, who studies at RWCMD with Caryl Thomas, will make her official debut tonight at a concert for Prince Wales and the Duchess of Cornwall at their home in Llwynywernod near Llandovery. 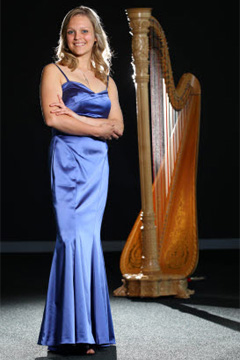 The role of Official Harpist dates back a few centuries but was discontinued during the reign of Queen Victoria. The Prince of Wales restored the tradition in 2000 to foster and encourage musical talent in Wales. Hannah follows in the footsteps of Catrin Finch, Jemima Phillips and, most recently, Claire Jones, who played at the wedding reception of the Duke and Duchess of Cambridge in April.

Earlier this year, Hannah played for HRH The Queen at the opening of the fourth Assembly in Cardiff Bay.