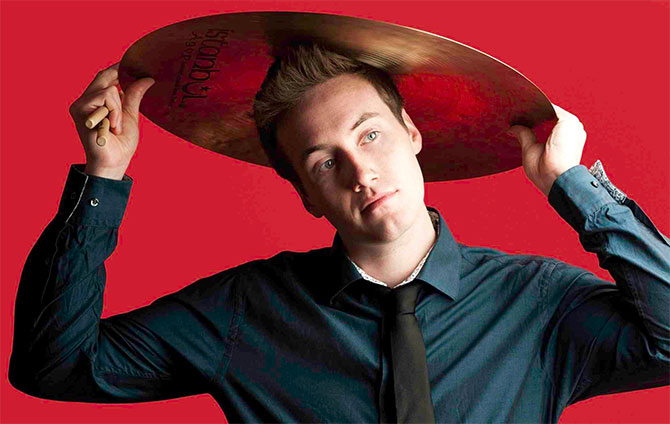 Last night saw the launch concert and party of music graduate, Ollie Howell’s  debut album Sutures and Stitches, which will be released worldwide by Whirlwind Recordings later this month.

Drummer Ollie, who has been mentored by music legend Quincy Jones since they met at RWCMD in 2009, has already wowed audiences internationally with his creativity, dynamism and stunning improvisations, as well as a highly acclaimed repertoire of original music. 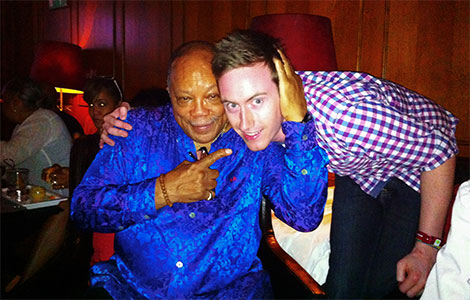 “When I arrived at the school, the jazz department had arranged a musical performance from its best students. Obviously, this happens to me a lot when I travel. But what doesn’t normally happen is for me to be floored by the performance of one of the musicians.”
Quincy Jones

However, in 2010 Ollie was diagnosed with a brain malformation, and has had to undergo several neurosurgeries over the last few years. All of the music on the album was written during, and influenced by, the incredible journey that Ollie went through during this defining point in his life.

“Being in hospital so much, and not knowing what was going to happen, I found new inspiration for my compositions,” says Ollie. “I found I was writing in a very different way and that the compositions meant much more to me. The music chronicles a changing point in my life, but is also a statement about how positivity and determination can overcome anything. Bad things may happen in your life, but, over time, the pain eases and the scars heal, and you find a way to accept it and to hopefully grow from it.”

In 2012, The Ollie Howell Quintet was awarded the prestigious Peter Whittingham Development Award, administered by the Musicians Benevolent Fund, which has become one of the most sought-after jazz awards in the UK.  Earlier this year, the quintet held a two-night residency at the world-famous Ronnie Scott’s Jazz Club in London, as the special guest support act for Jimmy Cobb and his group Jazz Heads, also featuring legendary saxophonist Pee Wee Ellis.