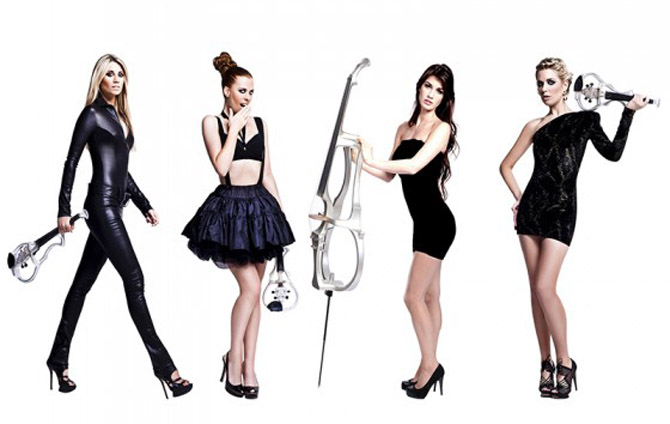 Music graduate Helen Nash (above: third from the left) has joined the popular string quartet Escala. Helen replaces Tasya Hodges, one of the original members of the quartet of conservatoire graduates that reached the final of the second series of Britain’s Got Talent.

Since graduating from the College in 2008, Helen has played cello and piano professionally. Career highlights include The Royal Variety Performance 2012 and 2013, The Royal Albert Hall, Kensington Palace and the O2 arena, and she has performed with Robbie Williams, Olly Murs, Cher, Josh Groban, Kimberley Walsh, Caro Emerald and Alfie Boe.

She has performed regularly on television, including The National Television Awards, Strictly Come Dancing, Jonathan Ross, The Graham Norton Show, Alan Carr Chatty Man, The X Factor, This Morning and Stepping Out.

Escala’s manager David Hahn said: “Now that Helen has joined Escala, she has brought a completely different dynamic to the group which we are all excited about and we are looking forward to getting to know her and working with her.”