Sam Rix, who’s studying for the MA in Acting for Stage, Screen and Radio, has been named as a runner up in the prestigious BBC Carleton Hobbs Bursary Award. 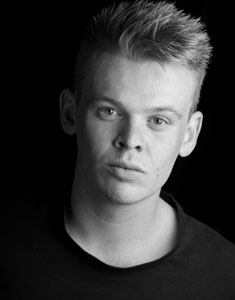 Named after Carleton Hobbs, who was a famous radio actor during the ‘Golden Age of Radio’, the competition looks for distinctive, versatile radio voices from the UK’s drama schools.

As his prize, Sam will be cast as a freelance actor in one of the BBC Radio Drama Company’s autumn/winter productions. The Company produces work for Radio 3, Radio 4, the World Service and BBC 7.

Sam said: “Being recognized by the BBC is a real honour, and I think it’s wonderful that they provide these opportunities to young actors. I was slightly surprised by the result, but the college provides excellent training in radio and has a great track record with Carleton Hobbs. Being a fan of radio drama, it’s a privilege to be a part of such a phenomenal British institution.”