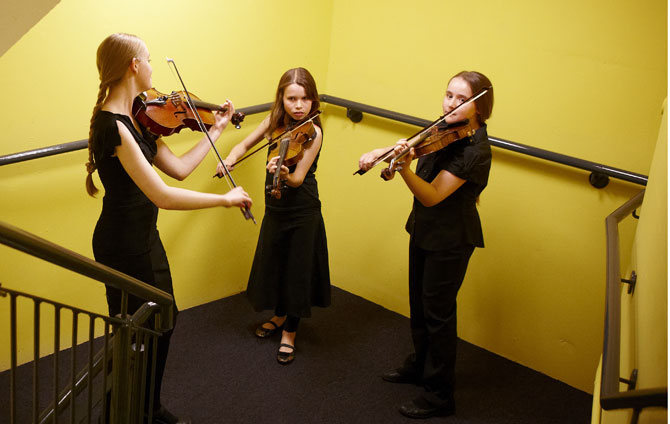 As the Junior Conservatoire prepare for their summer concert in the Dora Stoutzker Hall on 12 July, we talked to young musicians Amy and Isabelle. What do they enjoy about coming to the Royal Welsh College every Saturday?

Amy Cromie, who is 13, has been coming to Junior Conservatoire for about a year, getting up at seven o’clock every Saturday to travel from Llandrindod Wells. She really loves playing in concerts and the friendships she’s made: “I’m playing the piano in the foyer concert before the main concert in the Dora Stoutzker Hall. I’m a bit nervous because it’s a piece I don’t know very well. But on the other hand I’m used to performing and am pretty confident.

I’ve improved so much over the past year it’s incredible. I feel like I improve every week – and I’ve learned such a lot, not just about playing the piano, but music theory, the history of music and so much more. I’ve also made some very close friends, even though we’ve only known each other for a year. It’s a bit of a pain to have to get up at 7 every Saturday morning but it’s definitely worth it and I hope to have to get up early every Saturday until I am 18!” 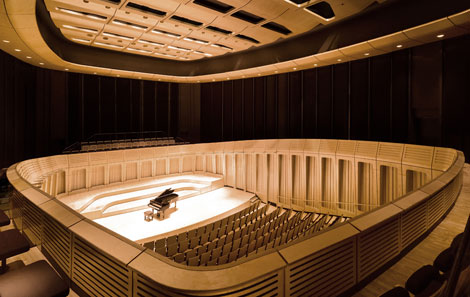 Coming to Junior Conservatoire has meant so much to me: I’ve met an amazing group of friends who love music just as much as I do and we’re now incredibly close and meet up outside of College. It’s a wonderful place with so many brilliant things about it – you feel welcomed, and it doesn’t matter if you’re not Grade 8 Distinction standard.

With music, I can put all of my feeling into it, and it feels like a way of expressing myself. Playing the violin makes me feel better and more confident because I know it’s something that I can do well. It also makes me feel special because not a lot of people play the violin at my school, and it’s not something you have to do, but something you choose to do.

I‘d like to study music when I’m older – hopefully here at Royal Welsh College – and then become a professional violinist.”