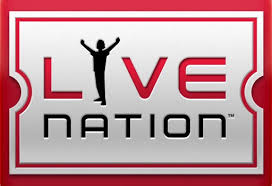 Working alongside the academic elements of the course these placements provide on-the-job experience and training with leading arts organisations, helping to create graduates who are ‘industry ready’

Emily told us about her experience at Live Nation UK, a global company that produces over 20,000 shows each year for more that 2,000 artists. She joined them in early Spring when their work is dominated by their many festivals including the Wireless and Download Festivals, as well as Glastonbury, Reading and Leeds festivals.

“I was there for three weeks working across the marketing departments and was quickly given my own projects to work on. All of the team made sure that I made the most of my time there and always knew what was going on, as well as giving me constant support and positive feedback.”

My first week was with the Campaigns team, working on an individual research project for a competition to run alongside a UK tour. It made such a difference having access to Live Nation’s extensive customer database which provides instant research for new campaigns.

The structure of this department worked really well:  they had regular meetings – sometimes up to two or three a day – bringing all the various departments together to liaise on current marketing projects. I went to all of these meetings and it was hugely helpful during my first few days there as I got to know all about the company structure and how the different teams worked together. I also went to regular meetings with the Festival, and Comedy Promoters to liaise with them on current tours and success rates.

By my second day I’d already been thrown firmly into the deep end: I had to complete my first digital brief for the American rapper Sage the Gemini’s Campaign and create an MPU (mid page unit) to go on various websites which I had to present to the Graphic Designers. Then I had to work on my own campaign brief for Sarah Harding’s London gig – both of which gained me really constructive feedback and boosted my confidence.”

At the end of the first week Emily was invited by the Marketing Director to go to the company’s annual London event, led by their CEO Michael Rapino, which included a summary of their year’s achievements and their plans for the year ahead.

“During my second week I worked alongside the Digital and Social marketing team, and went to a briefing for their new website. I learned a lot as their changes highlighted the important aspects of a contemporary website, including mobile and tablet optimisation, personalisation by ‘logging in’ through social media channels, home page layouts and easier ticket purchasing systems.

I also spent some time shadowing different Marketing Managers, learning how their systems work, and how they coordinate these with current campaigns.”

Her next project was working with the Digital Marketing Manager putting together a researched background document on the American singer/songwriter Pia Mia. Emily had to present this research, along with the Marketing Manager, to the Graphic Designers to give them an idea of the singer’s style and relevant audiences in America, ahead of her performances in the UK.

She also worked with the Social Media and Press and PR departments, talking to them about their roles within the marketing department, and spent her final week with the Creative Marketing team: brainstorming new and unique strategies for current marketing campaigns as well as for advancing Live Nation within its market.

“Live Nation had just acquired a new festival and they needed a new site plan. I had to research and present a document outlining the site, getting in touch with my creative side while keeping to the brand identity of the festival. I was given free reign and it was really good fun to put together images and ideas for how the site might look in terms of staging, lighting, entrances, artwork etc. This job was particularly exciting and encouraging and got a really good response from my fellow workers.

This is just a snapshot of the many things I did during my time with Live Nation UK – and I haven’t even mentioned the Michael Buble campaign we brainstormed!  I worked really hard and felt like a real part of the team by the time I left. It was really interesting to compare working within a commercial and a non-commercial arts organisation as I’ve now done both. Live Nation is such a giant in the commercial arts industry and it allowed me valuable insight into the running of a company at such a high level. This was hugely valuable to my professional development and it’s given me an even stronger passion for live events and marketing, probably leaning more towards the commercial arts sector now. “