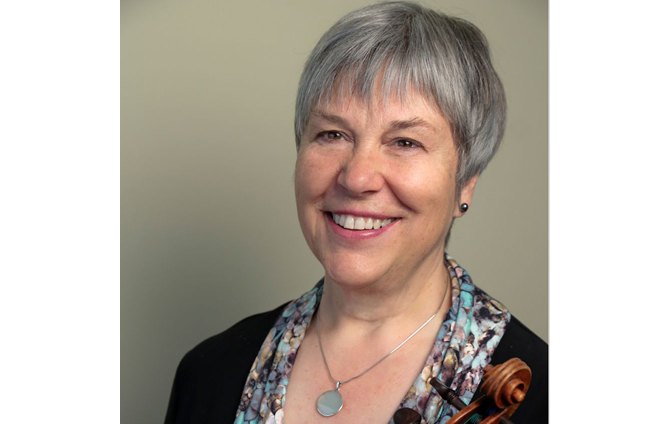 She’s worked with Paul McCartney, led the London Symphony Orchestra and played on many a movie soundtrack. And now internationally renowned violinist Marcia Crayford has been appointed as Junior Conservatoire’s first ever strings consultant.

Already an established mentor with senior students at the college, Marcia will now give lessons, masterclasses, consultations and coaching to Junior Conservatoire students too.

Marcia was leader of the Nash Ensemble for 25 years, and has appeared as a guest leader with all the major orchestras. She has worked with artists from legend Paul McCartney to movie director George Lucas. She worked with film score composer John Williams on  the soundtrack for the last Star Wars film with. And as former leader of the London Symphony Orchestra (LSO), Marcia has been awarded her very own Harry Potter wand, earned when she led the LSO’s recordings of the soundtrack to the Harry Potter movies.

Read a full biography of Marcia.