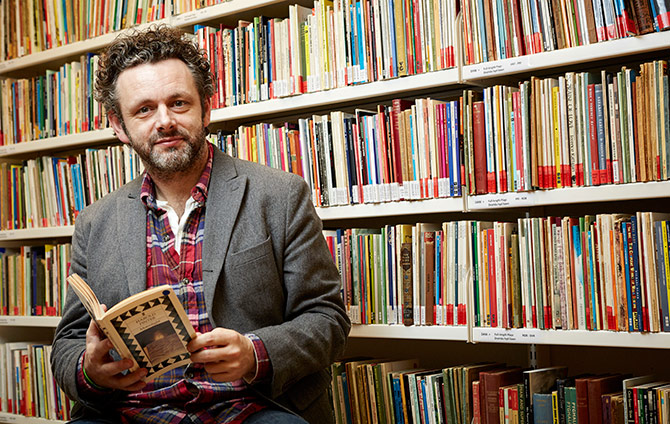 While Michael Sheen was in the College giving a masterclass to acting students he also found time to browse through our new collection of play texts.

The College now houses the largest lending collection of plays in English. The valuable collection of  over 100,000 play texts, theatre literature and manuscripts, includes scripts from well-known playwrights such as David Hare, Harold Pinter and Terence Rattigan, to the less well-known, such as Rhondda Roundabout, by Jack Jones and the late Dannie Abse’s Eccentric.

This drama collection is of hugely significant cultural value. It’s imperative that it’s saved for the nation. It seems fitting that it’s been rescued by the Royal Welsh College, and found its rightful home at the National Conservatoire of Wales.” – Michael Sheen, patron of Drama Association of Wales and International Chair of Drama*, RWCMD 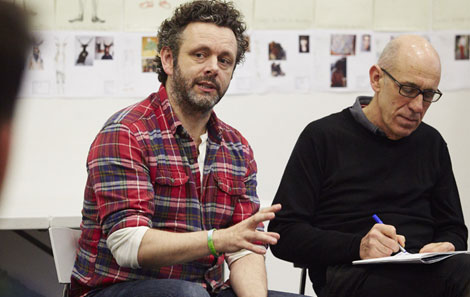 After an agreement between the College, the Drama Association of Wales and the Arts Council Wales, this key cultural asset, compiled over several decades has now found a new home at the College, and will be made more easily accessible to students and the theatre-loving public.  The collection includes many plays which are no longer in print, and donations from the British Theatre Association among others, as well as a large Welsh collection, including original plays in the Welsh language.

There are also collections of youth plays, pantomimes and books on all aspects of the theatre, and a collection of typescripts of plays, mostly either set in Wales or by Welsh playwrights, some of which have never been published.

*International Chairs at RWCMD are supported by the Jane Hodge Foundation.