‘Playing the piano is a part of who I am…’ 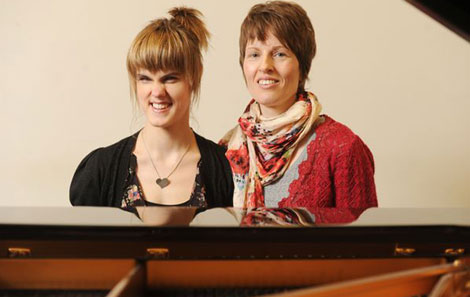 Piano student Rachel Starritt has been playing since she was six, passing grade five with distinction when she was nine. She joined the Royal Welsh College’s Junior Conservatoire when she was ten, passed her grade eight at 14, and is now in her first year of an undergraduate degree at the National Conservatoire.

Born blind, Rachel believes that her visual impairment may have made her sense of hearing and touch more acute – she can learn entire concertos by ear, has perfect pitch,  has played to a sell-out audiences at St Martin in the Fields, London, and has also played foyer concerts at the Millennium Stadium in Cardiff. Having mastered braille music by touch, Rachel is now the first blind student to study a music degree here at RWCMD, and hopes to have a career as a concert pianist. 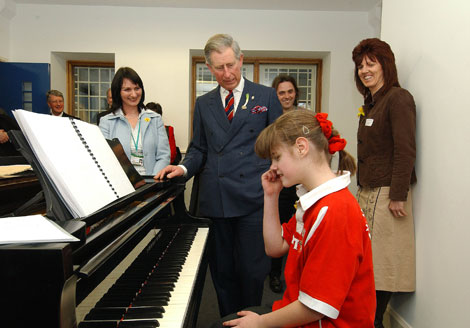 Rachel has been working with tutor Alison Bowring (sitting with Rachel in the main picture) since they met at the Junior Conservatoire in her first year there. Together they have worked out how best to learn by sound and touch – methods Alison now uses with her sighted pupils too:  ‘I tell them to play with their eyes closed sometimes once you remove the visual distractions you sense touch more strongly.’

Rachel’s hearing is so acute she can correctly classify a note just be hearing it –  a skill only one in 10,000 people possess.

To read Rachel’s full story see this feature in walesonline.co.uk