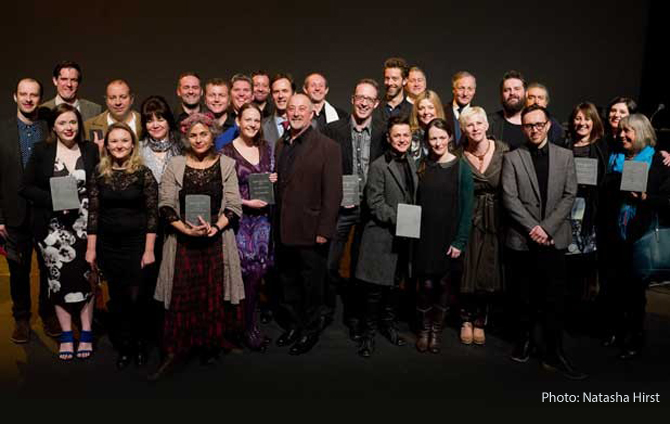 Young Actors Studio is celebrating the success of its tutors at the Wales Theatre Awards. During the ceremony at Sherman Cymru, four tutors were presented with awards for their work as actors, directors and writers.

Matthew Bulgo was named Best Playwright in the English Language for Last Christmas.

Louise Osborn picked up the award for Best Show for Children and Young People for Maudie’s Rooms, which she wrote and directed.

Deborah Light was the director of Best Dance Production, Caitlin.

“I think the unique thing about the Young Actors Studio is the quality and experience of our staff. All of our tutors are working professionals from television, film and theatre and the awards illustrate the quality of classes available to all of our aspiring young actors at RWCMD.”