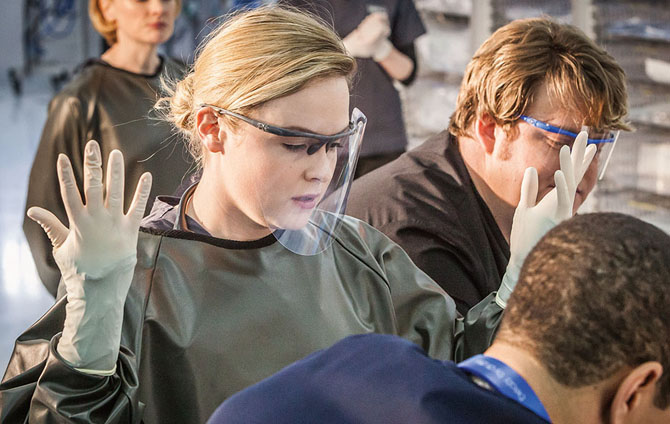 Here’s our round-up of who’s doing what and where.

2. No stranger to the small screen, with roles in Fresh Meat and Hebburn, Kimberley Nixon (2007) returns to television in the Jed Mercurio-penned medical drama Critical for Sky 1 (main image, above).

3. Tom Rhys Harries (2012) is currently filming a 10-part update of Jekyll and Hyde for ITV. This new look Jekyll and Hyde brings the action to 1930’s London. He will also play the eponymous role of Crow in the film adaptation of Tim Rhys’ play this year.

4. Fresh Meat fans may recognise Anjana Vasan (MA Acting 2011) as “Geology Girl.” Anjana has since followed this popular cameo with roles at the RSC and can now be seen treading the boards of the Olivier stage at National Theatre London’s production of Behind the Beautiful Forevers. The play will be screened in cinemas across the country as part of NT Live on 12 March.

5. Amy Morgan (2008) and Thalissa Teixeira (2014) are both appearing in The Broken Heart, John Ford’s Ancient Sparta-set exploration of heartbreak for Shakespeare’s Globe.

6. Rosie Wyatt (2010) plays Maria in the UK tour of The Boy in Striped Pyjamas, which opened at the Chichester Festival Theatre in February. 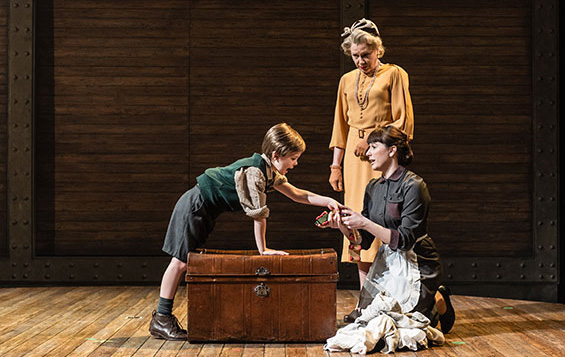 8. Lewis Reeves (2011) starts in Kevin Elyot’s hit comedy My Night with Reg at The Apollo – the play has transferred to the West End after a critically-acclaimed, sell-out run at the Donmar Warehouse. The success of My Night with Reg has crossed the Atlantic, with coverage spotted in the New York Times.

9. Annes Elwy (2014) is appearing in Anna Jordan’s prize-winning play Yen at the Manchester Royal Exchange. The Guardian described her performance as “deeply moving”.

10. Dramatist Moira Buffini  (Tamara Drewe film, Welcome to Thebes), a former Acting student, has announced wonder.land – a new musical based on Alice in Wonderland with music by Damon Albarn. Wonder.land will premiere at the Manchester International Festival in July.