In Memory of Mervyn Burtch 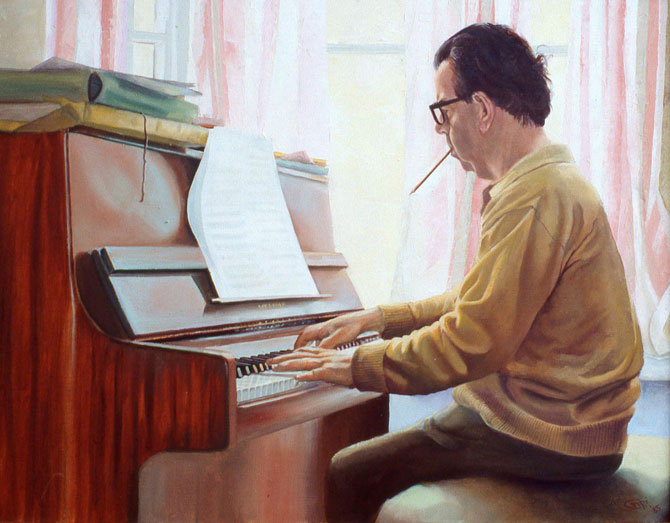 It is with great sadness that we announce that our former colleague and Fellow of the College, Mervyn Burtch, died yesterday after a long illness.

Mervyn was a distinguished figure amongst Wales’s composers and a long serving member of staff of the College from 1979 to 1994. He always maintained his interest in the College and commitment to our students’ development in his quiet, modest and unassuming way, including sponsoring the annual Mervyn Burtch composition prize.

Over a period of some sixty years, Mervyn’s output ranged from operas, concertos and string quartets through to a vast output for brass bands, choirs, community groups and, in particular, children. 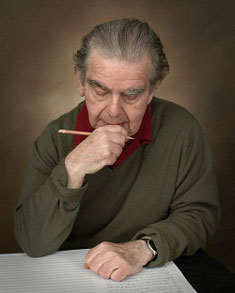 Head of Composition John Hardy said, “As well as being a prolific composer, Mervyn was also an incredibly unassuming, friendly and encouraging human being. He was always hugely supportive of other musicians, with a kind or helpful word to offer to those often decades younger than himself.”

The citation read at Mervyn’s Fellowship ended with the words, “Mervyn Burtch is an artist of the highest order and has devoted his life to the culture and people of Wales and has a particular affinity with young people.”

The Mervyn Burtch Trust exists to make his work available as widely as possible and keep his music alive.

Mervyn’s website is managed by RWCMD composition lecturers Peter Reynolds and Michael McCartney who have been working together with Mervyn over the last few years collecting, cataloguing and editing his works for publication.

The main picture shows the portrait of Mervyn, painted by Gigi Jones, which hangs in the Royal Welsh College.