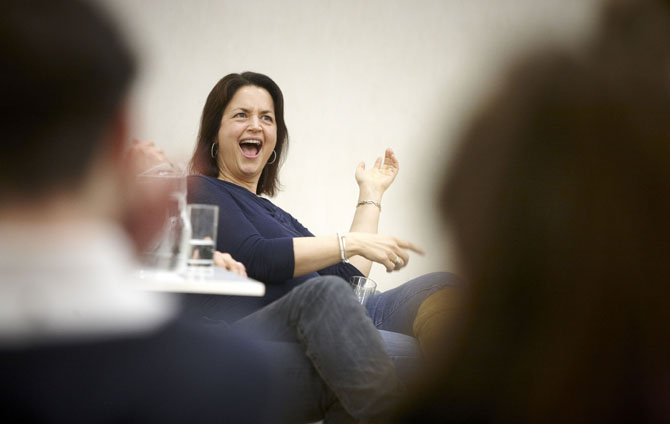 Not one, not two, but three very successful graduates-turned-writers visited the college recently. Ruth Jones, Moira Buffini and Hugo Blick all trained as actors at the college, but have gone one to have successful careers as writers/producers/directors.

During their visits, they spoke to students about their careers, current projects and took part in Q&A sessions.

Ruth Jones has appeared as an actor in Fat Friends, Little Britain, Nighty Night and Hattie. She co-wrote and starred in Gavin and Stacey with James Corden, and created, produced and starred in Stella for Sky One. 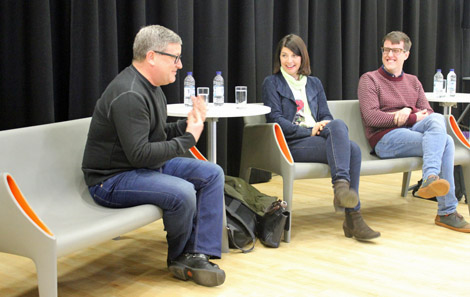 As part of the NEW season, graduate Moira Buffini took part in a discussion about new writing, along with the playwright Nick Payne. Moira is an award-winning writer for stage and screen. She wrote the screenplay for Tamara Drewe and adapted Jane Eyre for BBC Films. Her latest project is wonder.land for the National Theatre – a new musical inspired by Alice in Wonderland, with music by Damon Albarn and directed by Rufus Norris. 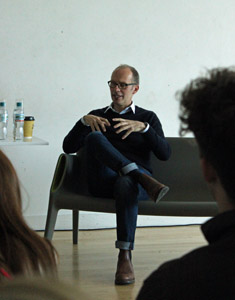 Hugo Blick was the actor that uttered the infamous line “Did you ever dance with the devil in the pale moonlight?” when he played the young Joker in Tim Burton’s Batman.

As a writer, producer and director, Hugo is behind successful television series such as Marion and Geoff (which he created with fellow RWCMD graduate Rob Brydon), The Shadow Line (with the stellar cast including Chiwetel Ejiofor, Christopher Eccleston, Rafe Spall and Lesley Sharp), and most recently BBC Two’s critically-acclaimed The Honorable Woman starring Maggie Gyllenhaal.