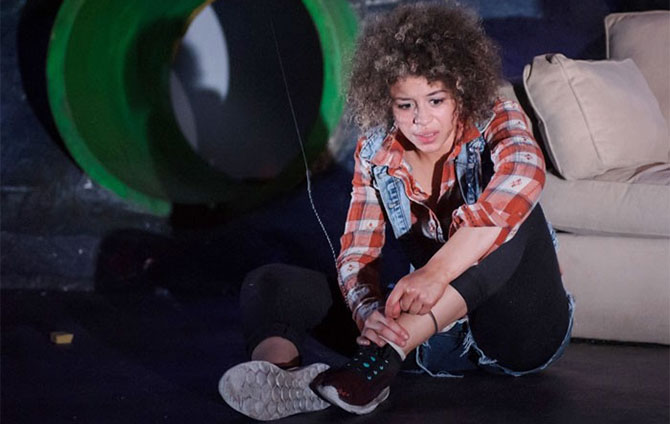 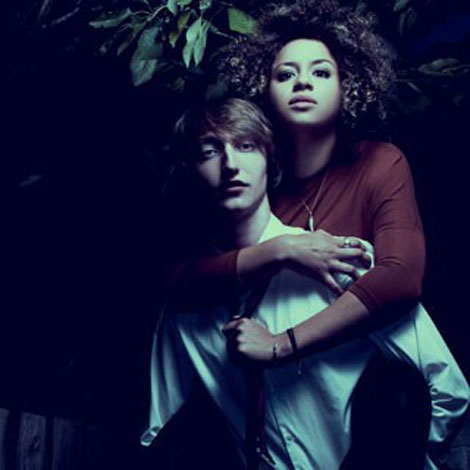 First Love is the Revolution is a daring, funny and anarchic new play in which Emily plays a fox who develops a relationship with a teenage boy. And it’s been getting rave reviews from both audiences, who’ve called it, ‘insanely brilliant’ and ‘heartwarming and heartbreaking’, and the critics.

“Full marks must go, however, to Emily Burnett as Rdeca and James Tarpey as Basti, in their professional debuts, for creating a wholly sympathetic pair of characters.”
The Stage

The play is part of Soho Theatre’s Love Against the Odds season. 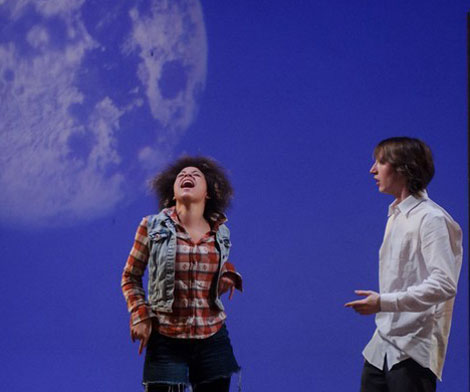 “It was probably about a week into rehearsals I started to realise how invaluable my time at Young Actors Studio had really been,” says Emily. “My sight reading during read throughs, people discussing actioning, and suddenly Matthew Bailey’s text lesson’s were coming back to life in my head. It was the simple things really, knowing to warm up every morning just so my voice could cope with what I was demanding of it.

On a more personal level what I value most is the self confidence that Young Actors gave me. It helped me to know the type of person I was, and gave me the determination to say ‘Yes Emily, you can handle this’ –  sometimes in quite scary circumstances. When you are living away from home and doing things that your voice, body and brain have never had to do before, that self confidence is invaluable.

So for that I’d really love to say a massive thank you to all the tutors and people I worked with at Young Actors who simply believed in me, and supported me constantly.”

Emily is also a graduate of the It’s My Shout youth film training programme based in South Wales, featuring in Sweet Sixteen in 2011, and Shout in 2013.

She’ll be returning to Young Actors Studio in January and we look forward to hearing all about her new acting experiences.

The Royal Welsh College’s Young Actors Studio currently provides weekly training at the highest level in Cardiff and Pembrokeshire for over 150 12 – 20 year olds. For more information check out the College website.

All photos by Jane Hobson