Anne Denholm, who studied at the Royal Welsh College’s Junior Conservatoire has recently been appointed official harpist to HRH The Prince of Wales. She is pictured above meeting The Prince of Wales on his visit to the College in 2006.

Anne is the fifth harpist to be awarded this role since it was reinstated in 2000, to foster and encourage musical talent in Wales and to raise the profile of the harp as an instrument.

The Royal Welsh College has an ongoing link with the new reign of royal harpists: the first was Catrin Finch, Fellow, Artist-in-Residence and composition student at the College, and the most recent was RWCMD postgraduate Hannah Stone. 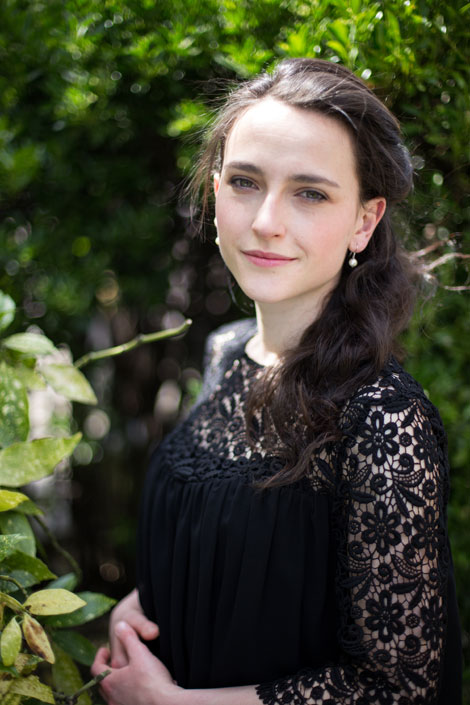 Since being appointed, Anne has already played at many prestigious events, including at Clarence House and Buckingham Palace, and most recently performed during the official state visit of the President and First Lady of China.

“It’s such an honour to hold this post,” said Anne, “and it’s a wonderful opportunity provided by His Royal Highness to gain further exposure and momentum as an artist.”

Born in South West Wales, Anne started playing the harp when she was eight years old. She studied at the College’s Junior Conservatoire where she performed for the Prince of Wales when he visited the College on St David’s Day 2006.

She won second place in the Texaco Young Musician of Wales competition in 2009 before joining the Purcell School and Cambridge University, and recently graduated from the Royal Academy of Music with a distinction and an armful of prestigious awards. 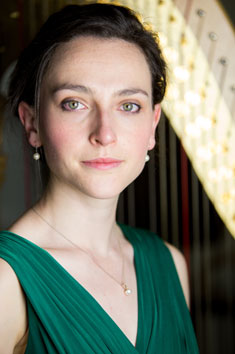 Anne is increasingly in demand as an interpreter and performer of new music and has been premiering and recording new works for solo harp since 2006, as well as performing live free improvisation.

“Starting at the Royal Welsh College’s Junior Conservatoire was a milestone for me in the process of taking my musical development to the next level,” she explains. “I was inspired by wonderful teachers across all disciplines, from performance to theory, as well as by my fellow students, with whom I created music and laughs every week.

I also benefited hugely from some of the short course learning opportunities, such as the free improvisation sessions which introduced me to a whole new area of music making that is now an integral part of my career.”

Anne is also a tutor on the annual Sound and Music summer school for young composers where she supports young artists in developing and realising their musical ideas. One of her aims is to make the harp more accessible to the next generation of composers and so she is delighted that the World Harp Congress is coming to Cardiff in 2020.

“I can’t wait. This is an integral event in the world of the harp, and one that brings together many, many strands of harp playing and making from across the globe. To have the congress on our doorstep is a privilege of which we should take full advantage, and I am sure that the hosting team will do a wonderful job.”