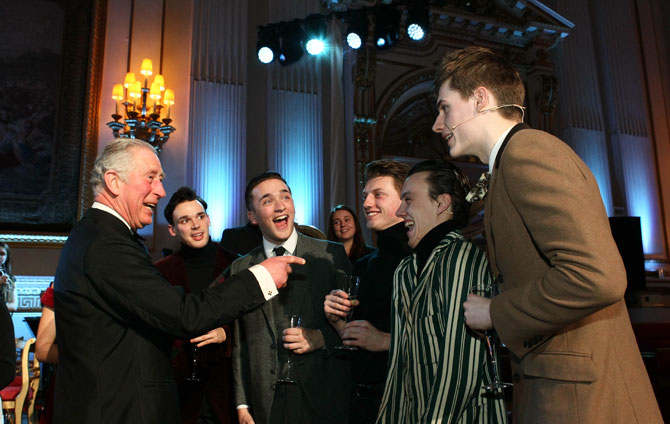 The programme featured students drawn from the College’s music and drama courses. The youngest performer was nine-year-old Charlotte Kwok from Llanharan, who studies piano at the College’s Junior Conservatoire on Saturdays.

The Prince, who has been Patron of the College since 1997 said, “It’s been a joy every time I’ve been lucky enough to discover just what talent lurks behind the walls of this great establishment in Cardiff.”

The College’s remarkable achievements in recent years have earned it a growing international reputation as a centre of excellence in training for careers in the arts and creative industries. The new venues and facilities opened in 2011 mean that exceptionally talented young people from across Wales can now train alongside their peers from more than 30 countries in facilities to rival the best in the world.

Update: Hear what our students had to say about their palace experience.