9-Year-Old Charlotte Plays for The Prince 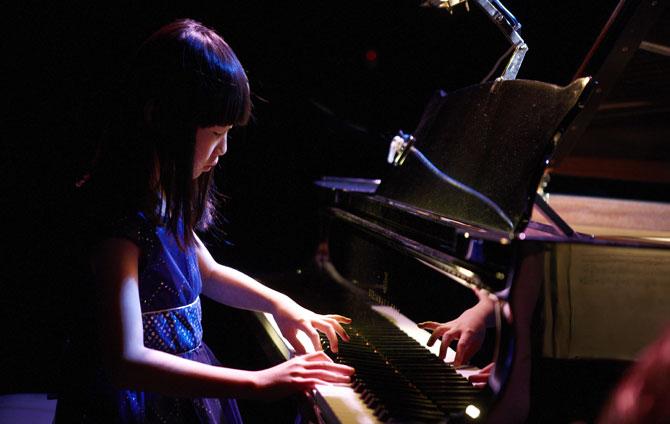 A nine-year-old Junior Conservatoire student had the opportunity to perform at Buckingham Palace on Monday night as part of a celebration for the Royal Welsh College hosted by its Patron, HRH The Prince of Wales.

Pianist Charlotte Kwok from Llanharan in Rhondda Cynon Taf performed The Prince by Frank Bridge. She was later introduced to Prince Charles and other guests including Dame Shirley Bassey. 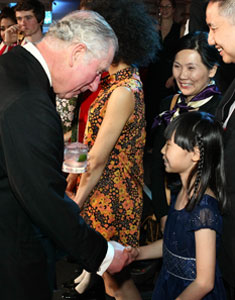 “It was probably the most excited I have ever been,” said Charlotte, who has previously performed in Junior Conservatoire concerts and had a string of successes at the Urdd Eisteddfod.

Charlotte, who scored 145 points out of a possible 150 at ABRSM Grade VI last year, has been attending the Junior Conservatoire since she was six.  In addition to one-to-one lessons with her tutor, Alison Bowring, Charlotte is also able to take part in duo playing, chamber music, specialist performance workshops and a range of other musical activities with other young students on Saturdays at RWCMD.

Two thirds of students on the Junior Conservatoire’s Advanced Course are eligible for bursary support to help with fees. Charlotte’s studies are supported by The Mosawi Foundation.