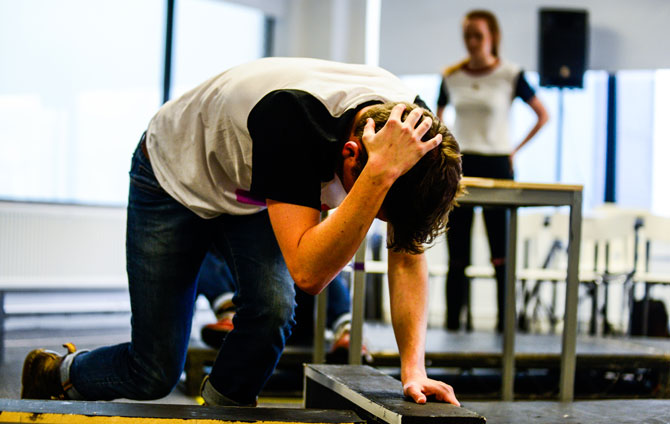 Written by Elinor Cook and directed by Kate Wasserberg, Ten Weeks is about eight young people who are taking part in a course run by the Church of England. Here they investigate faith, and specifically the relationships between the Christian faith and the sense that there’s something missing in their life.

We meet the characters in weeks one, five and ten, and the play explores the various relationships and powerplays within that group, but also what happens in the modern world when we are confronted with the notion of the supernatural. 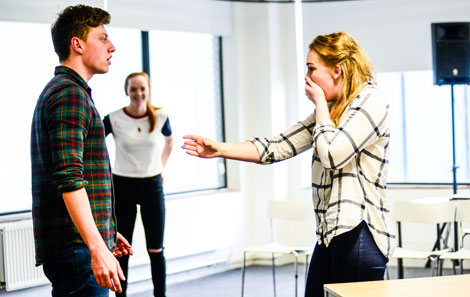 Director Kate explains that working with the students has led to some significant changes in the format of the play:

“It was originally ten short scenes, snapshots of the relationships that happened outside the room. After work-shopping with the students we wanted to get our hands on what was going on inside the meeting room, to uncover those conversations about faith, life and morality, and what happens when these things are put under pressure from the outside world.”

“My cast are incredibly bright and hugely talented and I’m really lucky to have them. I’ve put songs in the show because of them. We decided to do some singing because that’s a big part of how young people bond together on these courses. The actors sounded so amazing I just felt I had to keep it in the show.”

Ten Weeks is created in association with Paines Plough.