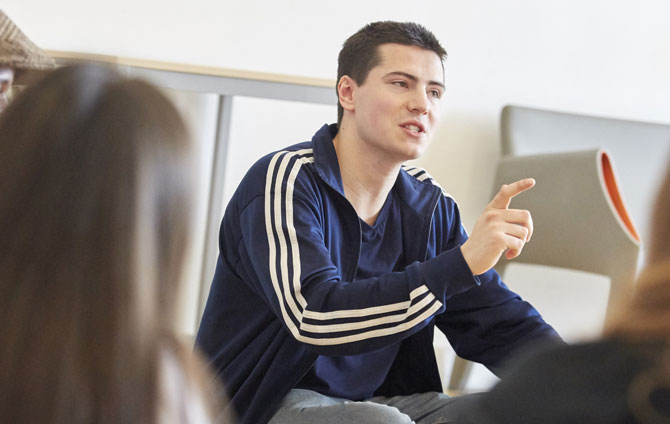 Students from the College’s Young Actors Studio got the chance to work with recent graduate and lead actor in the BBC Drama, Cuffs, Jacob Ifan this weekend. 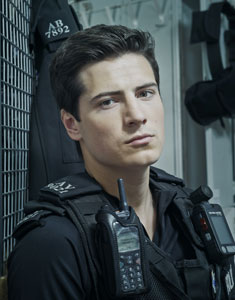 Jacob spent Saturday in Pembrokeshire College working with the young students before heading off to spend Sunday in Cardiff.

The visit highlights the free taster courses in April open to young people aged 16-20 wanting to find out more about Young Actors Studio. 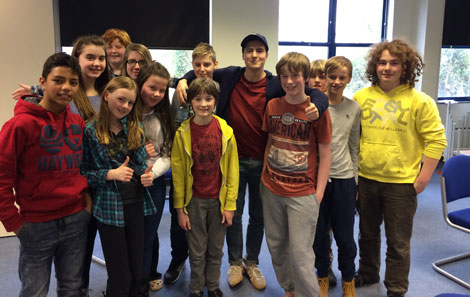 Young Actors in Pembrokeshire with Jacob

Jacob, who graduated from Royal Welsh College last year before heading off to film the BBC drama, was a mentor for the Young Actors Studio for two years while he was studying.

“I wanted to be a part of Young Actors Studio as soon as I’d heard of it,” he explains. “I think whatever you go on to do, whether it’s an actor or a lawyer, being part of a theatre company or a drama workshop is an unbelievably valuable experience.

So many young people aren’t given the opportunity to be able to perform, and the standard offered at Young Actors studio is amazing.” 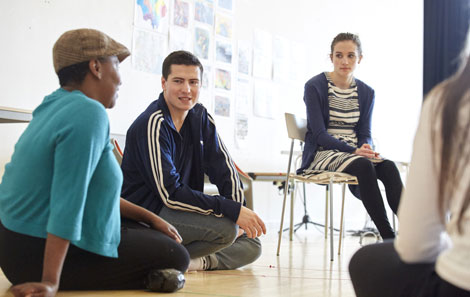 Young actor 12 year old Jacob Bowman said it was great having the actor in his class. “It was really inspirational to meet an actor who’s only just left college and who I’ve seen on TV!” he said. “Jacob told us that if we wanted to be actors we had to work hard and never give up.

“I love coming to Young Actors,’ he continued, ‘I love the acting games we play, and we learn new skills and techniques every week so it never gets boring.”

The free workshops are on Wednesday 6th April at RWCMD, and on Thursday 7th April at Pembrokeshire College.

Students will then be offered the opportunity to audition for the Acting Course on May 3rd in Pembrokeshire or May 4th in Cardiff, or to attend open-entry Theatre Workshops.