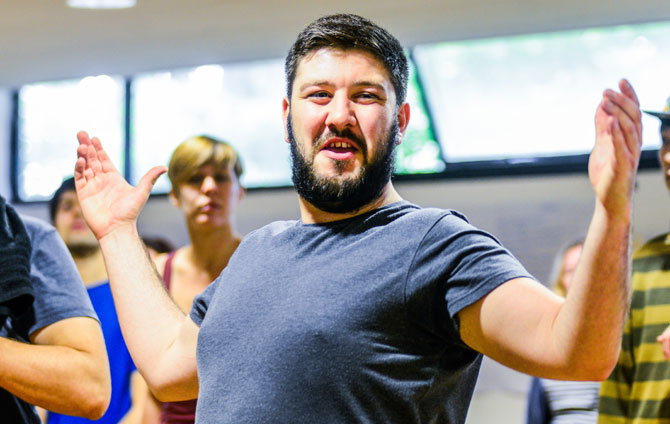 Congratulations to baritone Emyr Wyn Jones who last night beat off stiff competition to win the College’s prestigious annual Ian Stoutzker Prize for the most outstanding musician at RWCMD.

Completely overwhelmed to win the @RWCMD #StoutzkerPrize Can't put into words what it means but think this helps…! pic.twitter.com/v3SmpxghLD

The final took place in the College’s Dora Stoutzker Hall, in front of a panel of adjudicators including George Caird, Richard Ormrod, Alice Neary and Donald Maxwell.

Chair of the judges George Caird, on congratulating all the finalists said, ” It’s so important for the competitors to consider their strengths, choose to play to their strengths and to convey those strengths to the audience.” 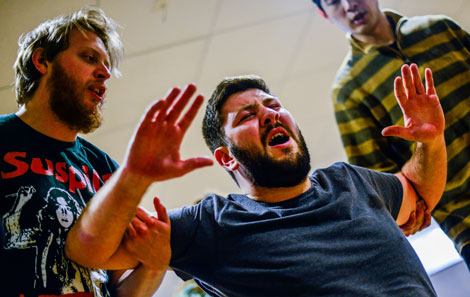 Emyr in rehearsal for the College’s forthcoming production of Falstaff

Emyr, in a programme that connected most directly with the audience, sang material in four different languages including Welsh, Russian and Italian. He is about to play Falstaff in the College’s summer opera production, opening on 26th June at Sherman Theatre.