Energy and Enthusiasm: a Masterclass with the Labeque Sisters 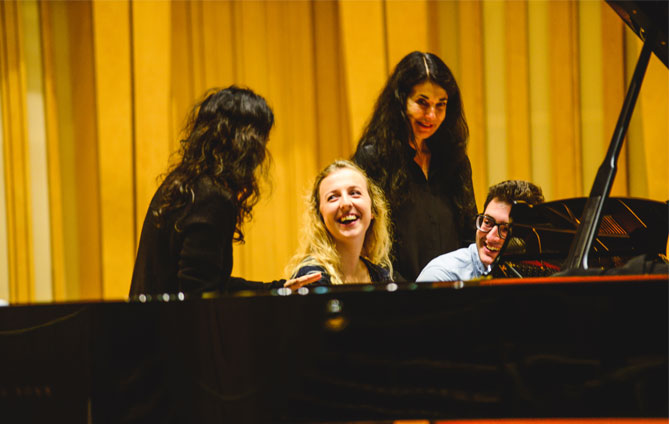 In the Autumn term, Piano students had the opportunity to hone their performance skills in a masterclass with international piano duo, Katia and Marielle Labèque.

During the two hour masterclass, students were invited to play on stage with the sisters, learning the different techniques that come with playing piano duo repertoire. 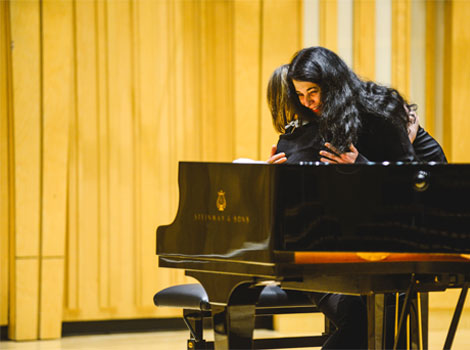 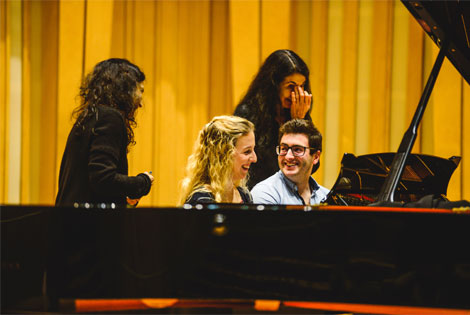 “The masterclass with the Labèque sisters was hands down the most amazing experience I have had in my four years at College. I was slightly nervous about it because of all the hype surrounding them, but their energy and enthusiasm was incredible – and they were so nice and down to earth!” explains Sioned.

“Masterclasses have been a hugely important part of my training at College. They give such a different perspective from one-to-one training with tutors, and go in-depth into performance techniques. We get around three masterclasses a term and they’ve had a massive impact on my learning, giving a really diverse and detailed outlook on performing.” 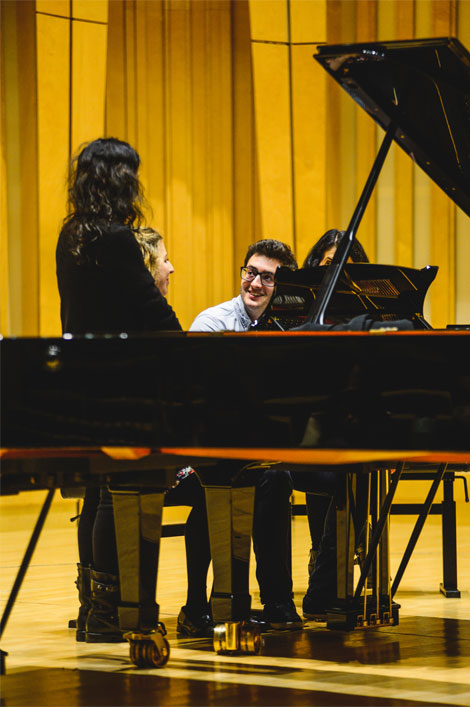 The following evening the Labèque sisters performed in the Dora Stoutzker Hall and received rave reviews from students and the public.

Gobsmacking performance tonight @rwcmd with @KMLabeque with thanks to @BellinghamPeter

“Watching the sisters perform in the Dora after the masterclass was incredible,”  said Sioned.

“Their performance of Stravinsky’s The Rite of Spring topped every orchestra I’ve seen – they were able to produce so much colour and the richness of an orchestra from just two pianos.”

Masterclasses are a vital aspect of a performers training at RWCMD, and in the first term there was no shortage of international artists working with Keyboard students.