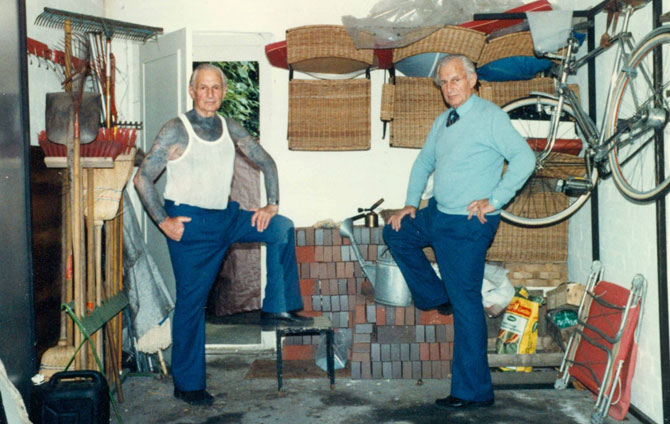 Composition students have been collaborating with Cardiff-born artist James Richards on his installation for Cymru yn Fenis Wales in Venice 2017.

Students Kirsten Evans and Sam Williams have been assisting James in shaping and composing the soundtrack for the installation, as well as capturing specific sounds for the composition.

Behind the scenes with James Richards shooting at the @rwcmd ! Richards is collaborating with the students as part of his project for Wales in Venice at this year's Venice Biennale #BiennaleArte2017 #JamesRichards #WalesinVenice

James’ work makes use of an ever-growing bank of video material that includes fragments of cinema, works by other artists, stray camcorder footage and archive research.

“The piece is still under development, but focuses on the idea of a very natural sound. We’re aiming to create clear and pure tones followed by breathy and percussive sounds that relate to the idea of speech and the human voice,” explains Kirsten.

“We worked to build a platform through use of pre-recorded sounds, from which I could derive inspiration for improvisations that we worked on through the sessions. James would send me texts from which I could take phrases and then I followed James’ directions to create the types of sounds he wanted.

Working with a different type of creative mind has helped me to revisit the reasons I decided to go into music. James would use onomatopoeic words to describe the sounds he wanted me to produce and that allowed me to break music down again to its core as well as being able to reconnect with my love of singing.”

This presentation for Cymru yn Fenis Wales in Venice 2017 – Richards’ first major commission at an international biennale – will consist of a new, site responsive sound installation and musical extracts repeated or reworked into different forms, offering a fantastic opportunity for the collaborating students to contribute to a significant and influential event in the international cultural calendar. James Richards’ solo presentation is curated by Chapter.