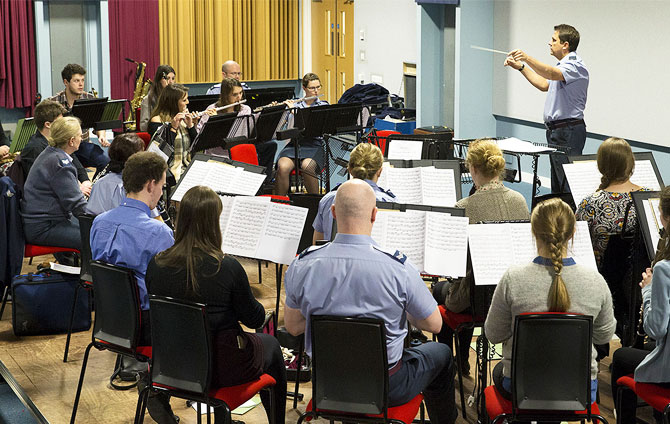 Last month, a group of students took a trip to the Northolt RAF base to rehearse with the musicians there, before performing side by side in a concert at the College with the RAF Central Band.

We spoke with third-year saxophonist Sarah Smith about the day and her plans for a career in the RAF. 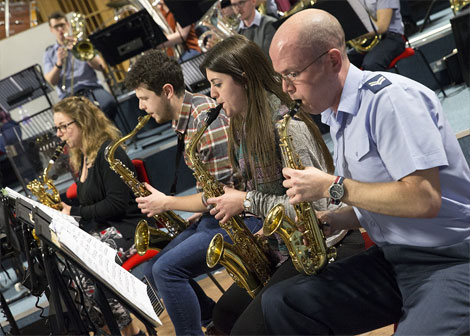 Sarah (left) in rehearsals with the RAF Central Band

What was the RAF day about?

The College organised a trip to the Northolt base where the RAF Central Band are based. We spent the morning in rehearsals for the side by side concert which took place at RWCMD a few days later, and got to spend time chatting with the musicians about what it’s like to be an RAF musician.

The best thing about the day was having professional musicians treating you as equals.

We got to see first-hand what it’s like to be an RAF musician, to live it for a day – not just being told what it’s like. Many of the musicians were new recruits as well, which meant they were really relatable and knew what sort of questions we might have.

It was great career prep and I came away feeling like ‘I’m ready to do that now!’. 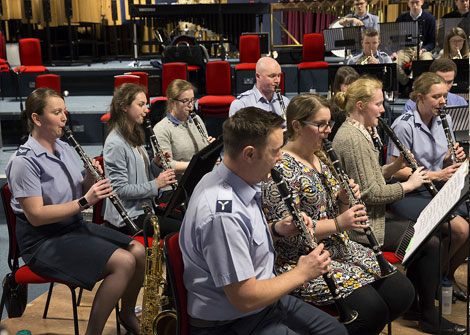 What drew you to a career as an RAF musician?

Primarily, the stability. Where else can a saxophonist find employment for 12 years? The RAF contract is a minimum of 3 years’ service, but offers 12 years of stable pay. There’s nowhere else in the music industry that can offer that.

The community aspect is another reason –  rehearsing on your own for hours and then performing a solo concert can be quite isolating, but the RAF has a community feel to it with down to earth people.

There are loads of opportunities to travel as part of the role as well, which is a huge pull for me. 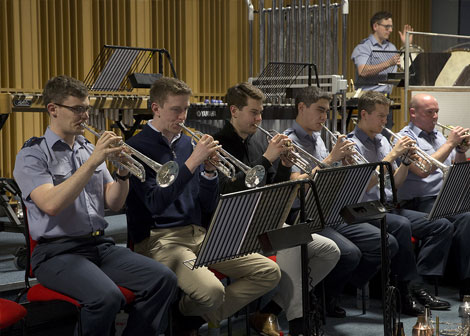 What exactly is a musicians role in the RAF?

In the RAF you’re hired primarily as a musician – being a soldier is secondary. You still do your 10 weeks training and have to pass physical tests, but you might do as little as 1 day a year, in a medic role, for example.

There are a few main bands in the RAF like the Central Band who played at the College, but also lots of side projects like chamber musicians.

Musicians perform around the world – in concert, or to boost troops morale, and perform at royal events like the Royal Wedding.

There’s also lots of room for progression and training within the RAF, whether it’s playing another instrument or doing flexible peripatetic teaching. 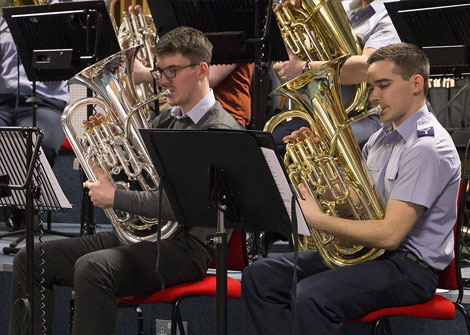 How has training at the College helped you decide on a career path?

The RAF Central band rehearsal and concert last year really got me thinking about a career in the RAF. When the opportunity to visit the base and perform with the band came up this year, I jumped at the chance. The day not only helped to show us students what a career in the RAF Band would be like, but also showcased our talents to them as well – it was an invaluable day.

In our final year at RWCMD we can do a vocational project, and I’m looking to do a placement back at Northolt to get more experience working as a musician on the base. 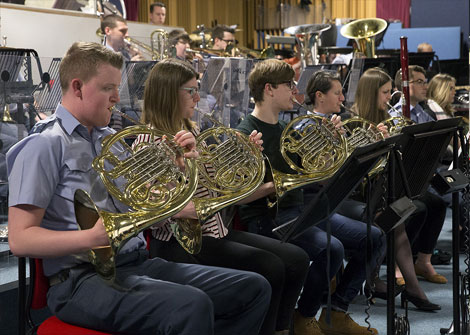