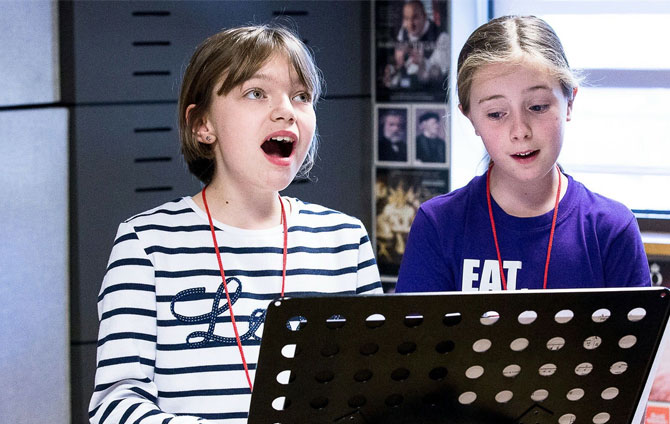 Ruby, 11, studies cello at the College’s Junior Conservatoire as well as attending the RWCMD Young Actors Studio Theatre Workshop, and will be joining College graduate Vikki Bebb who also plays a leading role.

Ruby will share the role of Ianto, an orphan boy who is really a girl, with Louise Harvey (right).

She spoke about her new role to WalesOnline.

“I found out I had got the role the night before Christmas Eve, which was the best Christmas present. At first it was like I’d won a competition but it is starting to sink in now that I am going to Cape Town and be in a musical.”

The cast took a trip to Cape Town for rehearsals and previews in April, in between which Ruby managed to sneak in some safari tours.

Harbouring Welsh talent from our community as well as the stage will make for a raw, authentic #TigerBaytheMusical cast. pic.twitter.com/P7YOh58v7n

Despite her age, Ruby is no stranger to acting, having featured as the leading voice in animated children’s series, Igam Ogam with RWCMD alumna Ruth Jones.

The world premiere of Tiger Bay the Musical is on Wednesday 15 November 2017 at Wales Millennium Centre in Cardiff and the production has been in rehearsals and previews in Cape Town in April and May.