Pianist’s Double Win at the National Prize in Portugal 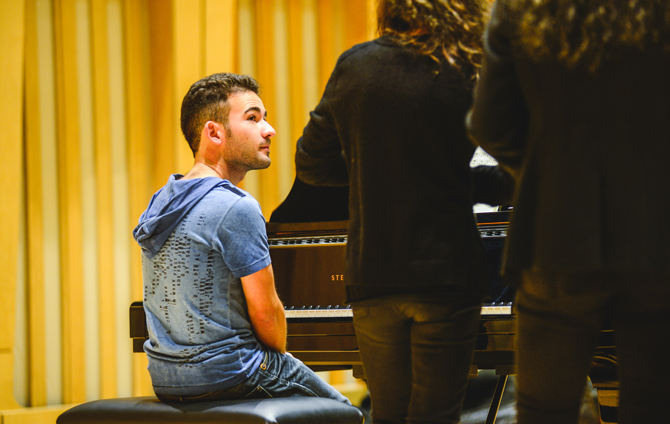 Congratulations to Nuno Lucas, who has won both the 1st Prize and the Grand Prize at the 9th National Prize, ‘Elisa de Sousa Pedroso’, in Portugal.

The Portuguese pianist went head to head with other musicians from leading music universities and conservatoires at the Regional Music Conservatoire of Vila Real earlier this month. 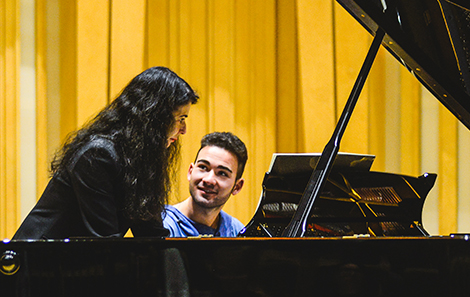 Nuno performing in a Masterclass with the Labèque Sisters at RWCMD

After his recital performance of Haydn and Chopin in the final of his category, the adjudication panel, constituted by pianist Jill Lawson, violinist Roberto Valdés and conductor António Sérgio decided to give Nuno the first prize.

Energy and Enthusiasm: a Masterclass with the Labeque Sisters