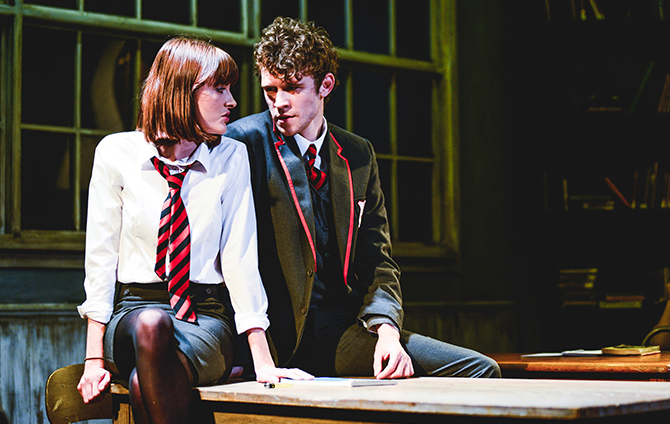 Final year students in the Richard Burton Company received a glowing review from playwright Simon Stephens for their production of his play Punk Rock, directed by Michael Fentiman.

Stephens, a Hodge International Chair in Drama at RWCMD, returned to the College for a workshop with acting students before staying to watch the show.

Reeling from a stunning Punk Rock @RWCMD . Brilliantly staged by Michael Fentiman and his team of Royal Welsh students. His cast was astonishing throughout. As good as any production i’ve seen and better than many. They released elements of the play i’d never seen before.

He also talked about it to The Guardian, calling it ‘one of his favourite productions.’

Shame to say goodbye to @StephensSimon punk rock @RWCMD . One of the more intense directing gigs – for various reasons – made worth it by stunning play, Wild cast and wonderful staff team surrrounding the production. #settingfiretotherain

The Richard Burton Company rounded off the first term back at RWCMD with three productions, Intimate Apparel, The Agony and the Style and Punk Rock.

More pictures and responses to Punk Rock below: 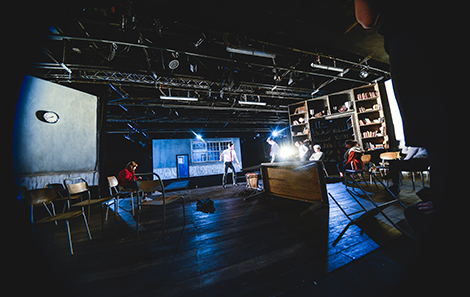 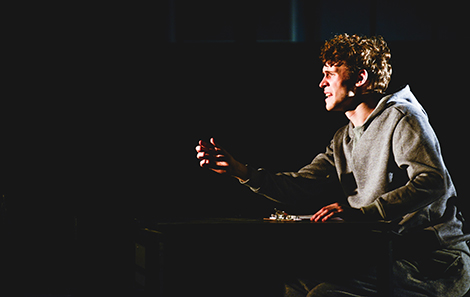 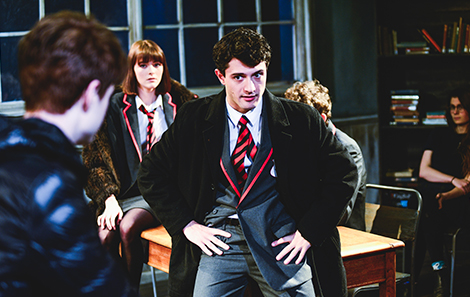 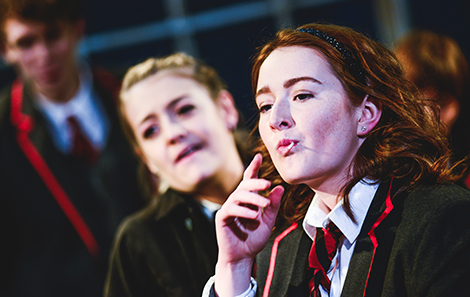 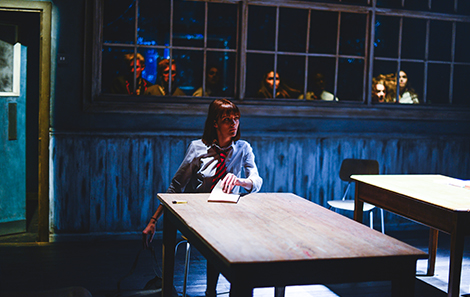 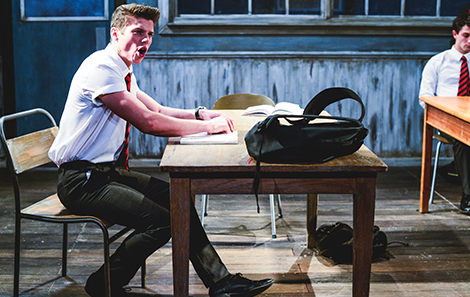 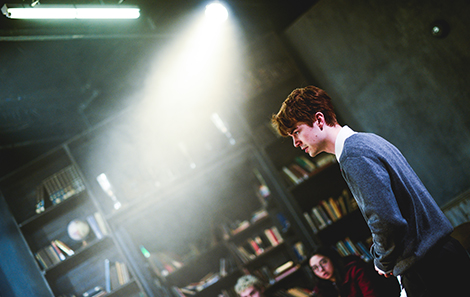 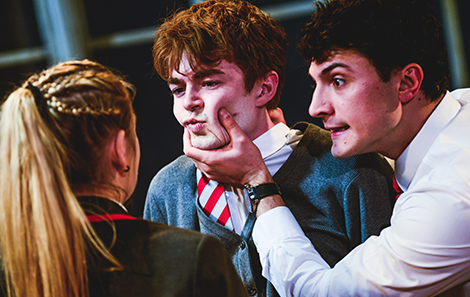 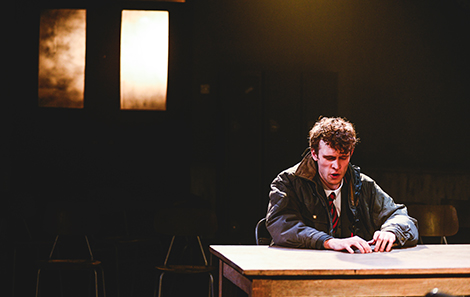 Here are some more of your reactions to Simon Stephens’ Punk Rock:

Just saw the absolutely stunning production of #PunkRock at @RWCMD. Phenomenal ensemble cast, could fault no part of it. Go see it if you get the chance!

‘Punk Rock’ at @RWCMD is a perfect example of what Theatre can be when you bring together fantastic design, beautiful staging and quality acting. I loved the set, sound and lighting design but, I couldn’t help but be mesmerised by what was happening on stage! Go see it!

I have never seen a production as slick as Punk Rock at the @RWCMD, absolutely amazing @rwcmdacting! If you have the chance 100% go!!!

Absolutely beaming with pride for the rest of my year. #PunkRock directed by @michaelfentiman was just fucking epic! I feel like I just keep saying that everything I’ve seen recently is “the best thing I’ve ever seen” BUT FOREAL ITS THE BEST THING IVE EVER SEEN GO WATCH IT @RWCMD

#PunkRock is a play at @RWCMD by Simon Stephens that my mates are in and it’s the best bit of live theatre I’ve ever seen in my life. Fact. GET TICKETS NOW!!!

The cast of #PunkRock @RWCMD are absolutely phenomenal. Absolutely blown away by each and every actor involved. Goosebumps everywhere just to be in the building! Beg, steal or borrow a ticket!! #BlownAway

#rwcmd production of “Punk Rock” tonight was absolutely phenomenal! A massive congratulations to all involved in what can only be described as an explosive piece of theatre!

Can’t stop thinking about #punkrock @RWCMD. Blown away by the stunning design and performances; huge congrats to everyone involved

Wow. @michaelfentiman’s #PunkRock @RWCMD is brilliant and bold and exciting. So pleased I got to see it. Superbly acted.

Shame to say goodbye to @StephensSimon punk rock @RWCMD . One of the more intense directing gigs – for various reasons – made worth it by stunning play, Wild cast and wonderful staff team surrrounding the production. #settingfiretotherain

It was class being back home at @RWCMD last night. Saw #PunkRock and it was stupendous.