‘An Outlet for Emotions, Thoughts and Ideas:’ Inspiring Workshops for Local Schools 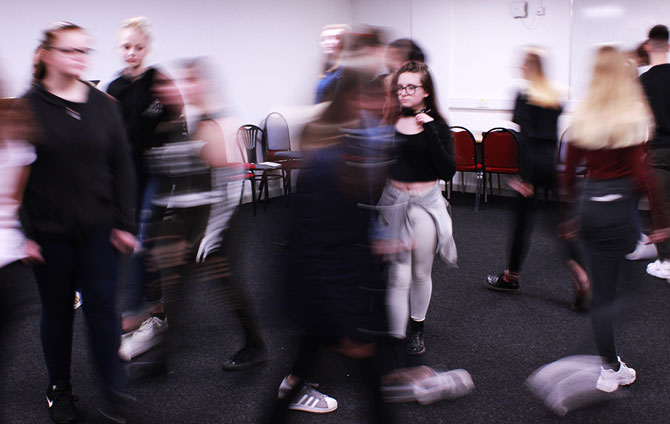 Pupils from The John Frost School in Newport experienced life at the Royal Welsh College at the end of last term, with a tour of the college and a workshop afternoon with acting tutor Anita Reynolds.

They also had a Q&A with BA acting students Lewis Coster, Rebecca Hayes and Laura Singleton, who all came through Young Actors Studio, and performed in the College’s production of Punk Rock which the pupils then went on to see in the Richard Burton Theatre. 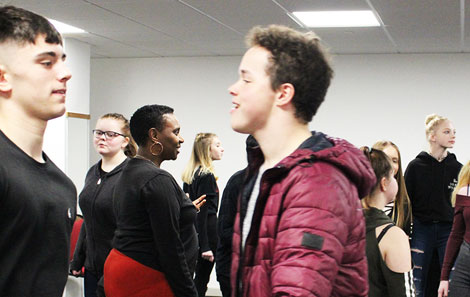 This workshop is part of a wider programme, made possible by A&B Cymru’s CultureStep programme and UBS, which gives pupils an introduction to acting through improvisation.

It aims to reach around 300 students over 18 workshops with local schools which include Willows High School and Cardiff West Community High School (formerly known as Glyn Derw High School). Other workshops have included work on Acting, Devising and Mentoring.

The College also has a long-standing relationship with Cardiff West working with individual students on drama GCSE preparation. 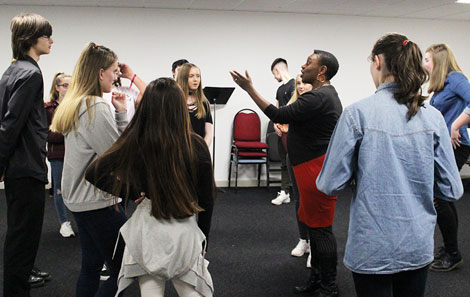 This funding also enables the College to offer three of the most promising students from each school a bursary-supported place on the Young Actors Theatre Workshop course, starting this Spring.

“The dramatic exploration delivered by the Young Actors Studio workshops has provided our students with an outlet for emotions, thoughts and ideas that have helped greatly with their GCSE Drama study.

It’s provided a safe environment in which they have been encouraged to try out and experiment with various dramatic styles as well as personal choices and solutions to very real life problems. The Young Actors workshops have certainly got the students thinking creatively, and aspiring to get the most out of their Drama work each lesson.”