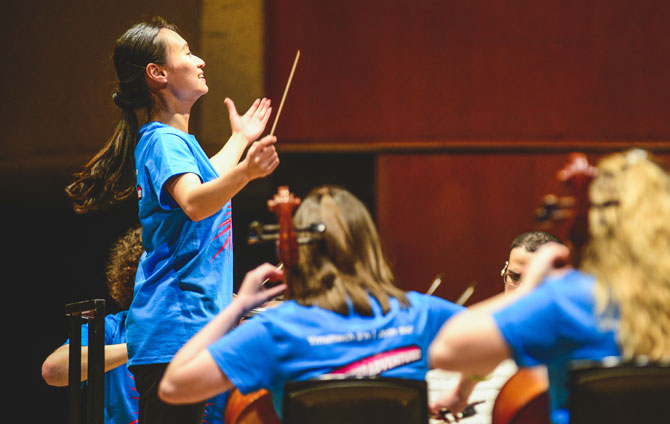 Not only did graduate Tianyi Lu conduct the RWCMD Symphony Orchestra in front of over 1000 children last month, but she also signed to one of top classical music agents, KD Schmid for worldwide representation.

The agent, who was already interested in Tianyi’s work, came to see her conduct the orchestra at St David’s Hall as part of the College’s Orchestradventure! performance. She was so impressed that she asked Tianyi to join the agency. Tianyi then went on to conduct the orchestra to another 500 children in Carmarthen the next day. 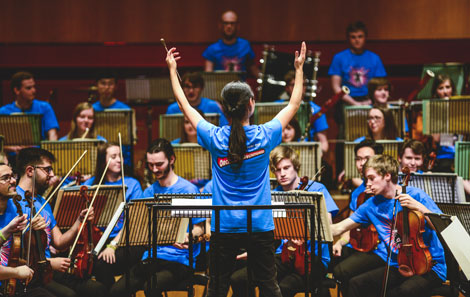 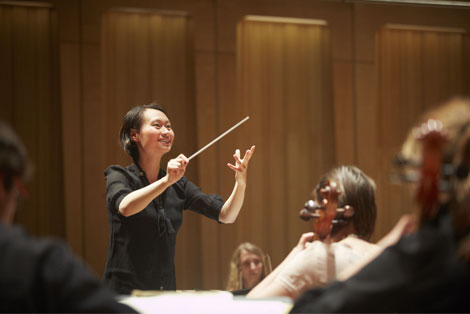 After graduating with a distinction in 2015, she was awarded a Junior Fellowship in Conducting.
Tianyi is currently Assistant Conductor of the Melbourne Symphony Orchestra and is a Dudamel Fellow with the Los Angeles Philharmonic Orchestra