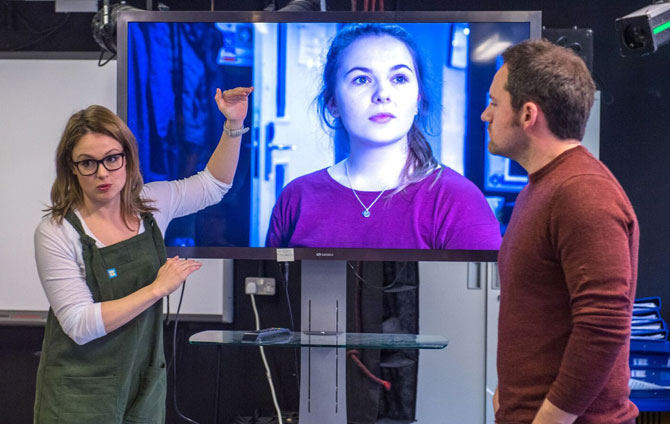 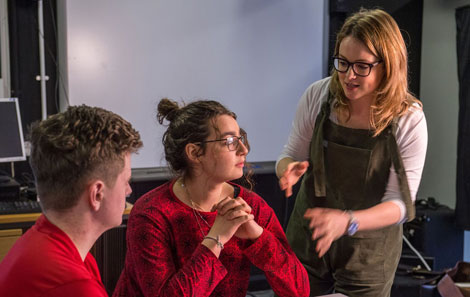 Kim, best known for her television performances in Fresh Meat and Hebburn, gave advice on acting specifically for camera: students were filmed using a camera on a tripod and a large TV screen so they could see themselves and their work in progress. 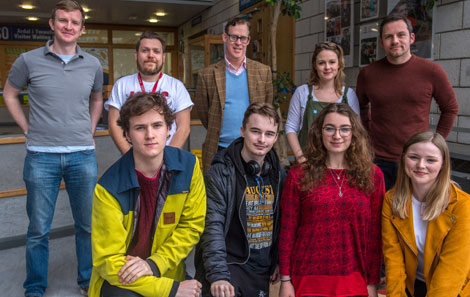 “It was a great workshop to be involved in,” said Thomas Mallitte, from Pembroke.  “Kimberley told us that any actor’s first day on set will always be bewildering because of the jargon used to refer to all the equipment needed for filming.

She went through a lot of these terms – ‘jargon busting’  – which was amazingly helpful for those of us who want to work in film. And it was good to realise that even for a professional actor there is still a lot they can learn – they don’t know it all!”

Young Actors Studio in Pembrokeshire is supported by Valero.