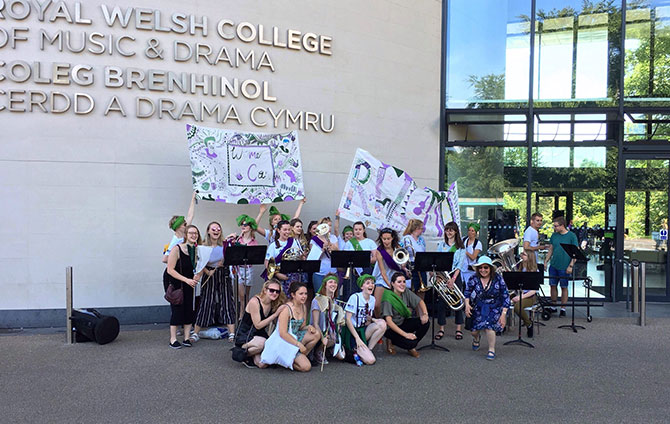 On Sunday, thousands of women gathered together across the UK – in Cardiff, Belfast, Edinburgh and London –  to take part in processions celebrating 100 years since women were first given the vote.

It was a fantastic day in Cardiff and the sun blazed down as the route took the procession from Cardiff City Football Stadium, by Cardiff Castle and past our doors, where our very own all-female brass band was playing, organised by final year French Horn player Alys Jones. 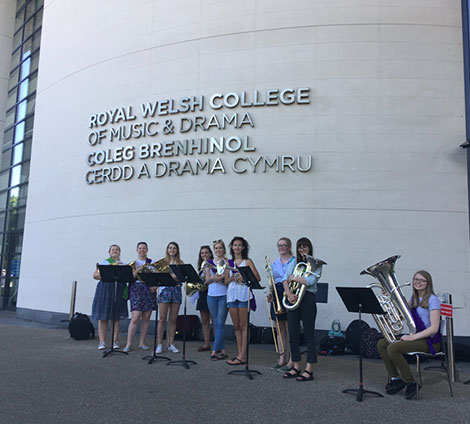 Among the thousands of women who took part were RWCMD students and staff, including musicians Flora Farquharson and Julia Palmer. Last term as part of REPCo – the College’s student-led entrepreneurial week – Flora and Julia worked with designer Edie Morris, and composer Pip Anning, to create Women Can 100 – a concert celebrating women’s stories from history, using music and film.

“We wanted to showcase female talent in the College,” says Flora, “this was a real opportunity for us to celebrate women’s achievements, but we also wanted  to help address the issue going forward and raise awareness that we’ve still got a long way to go.”

Women Can 100 has been developed into a non-profit organisation, continuing to celebrate and support the success of women. Last week Flora and Julia arranged a ‘Crafternoon’ at the College, where staff and students could drop in to create and contribute to banners for the procession. 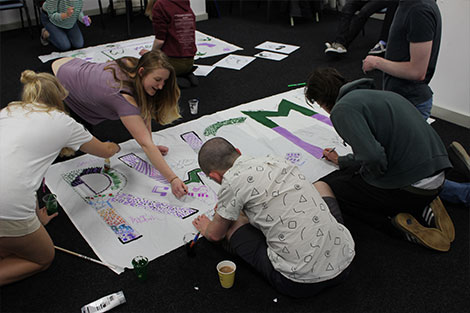 Kristen Evans, a second year composition student, has also been involved in the celebrations. She’s been working as an assistant composer with WNO on a new musical comedy about Welsh Suffragette Lady Rhondda. Rhondda Rips It Up features an all-female cast and creative team, including graduate Nicola Rose who is conducting the 10-piece band, and is now touring the UK after its first performance in Newport last week.

What a great dress rehearsal of #WNOrhondda.

We can’t wait for you all to see @garrettsgossip, @Maudalicious and the Women of #WNOChorus in action this Thursday. pic.twitter.com/LtIpLwRzgh

The College’s autumn season will feature a brass concert and symphony orchestra concert celebrating female composers, which will run alongside the broader programme, showcasing exceptional artists from a wide range of cultural backgrounds.