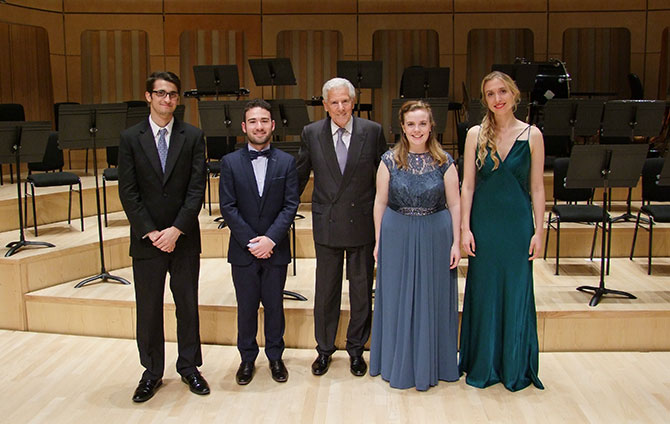 Many congratulations to the winner of this year’s Ian Stoutzker Prize, clarinetist Laura Deignan.

It’s the first time a woodwind player has won this prestigious award which celebrates the College’s outstanding musicians.

“When you get to the end of this stage of your  education you have to make a transition between being someone who is taught how to do it, to being someone who contributes what they do to an audience,” explained Conductor Peter Stark, the Chair of the judging panel. ” In a competition of this stature we are looking for the performance that draws us in, and makes us a part of the world of your music.”

The final took place in the College’s Dora Stoutzker Hall, in front of a panel of judges which included David Purser, Miranda Dale and Cordelia Williams.