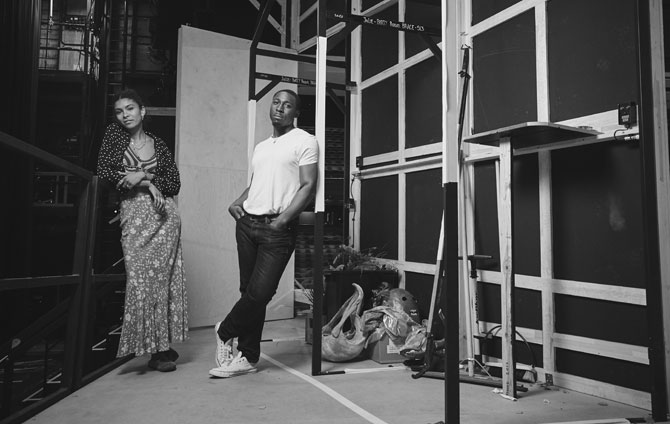 We photographed graduates Eric Kofi Abrefa and Thalissa Teixeira in a break between performances of Julie at the National Theatre this summer. 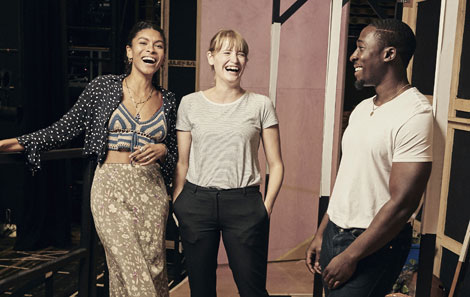 Eric is now in debbie tucker green’s new play at the Royal Court. Ear for eye, which has been garnering rave reviews, also features RWCMD graduate and acting tutor Anita Reynolds, following her NT debut this summer in Absolute Hell. 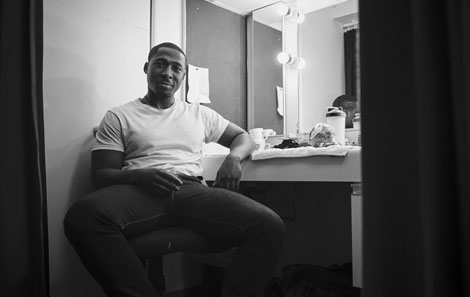 Eric recently talked about diversity in the theatre to The Observer as part of its feature on the play, ‘Whats on Stage Needs to Reflect Life’

Talking about his careful choices regarding roles, he says. “It’s a tricky one because roles come up and you can accept or reject them. I choose to do something where I know what I’m representing. I can’t just take on a role because I need to put some food on the table. As an actor you understand your power comes in what you choose to do… But that’s if you want to wait.”

The article also discusses the challenges of opening up the theatre beyond the white middle-class seasoned theatre-goers. Eric comments that it’s the usual “etiquette” that so often alienates or intimidates new audiences.

“How to be in the theatre, how to dress and be in a space they probably feel they’re not supposed to be in – that’s what they’re up against. It’s about breaking that feeling down but it can’t only be done on one side. Both sides have to be in it together.”

Very proud to have produced this show #earforeye @royalcourt it definitely a career highlight https://t.co/L7piPWOFXy 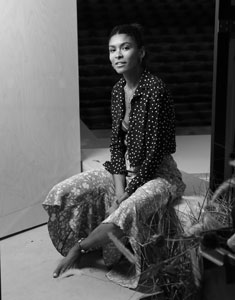 After appearing in Julie, one of Thalissa’s recent projects has been exploring her own creative writing working with the dancers from the play.

Feeling so grateful to @services_CBH & all the support they give on #MentalHealthAwarenessDay Thanks to them I've been able to share & create something beautiful with extraordinary dancers, actors & musicians. Soon come! @cescyknight @turningorange @JORDRAWI @AshleyGeorge93 pic.twitter.com/QNGROgy9i0 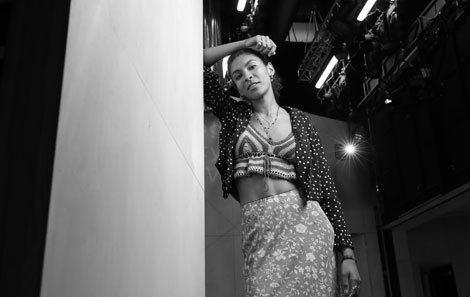 ‘Lit Up From Top to Toe’: Thalissa Teixeira in The Unknown Island