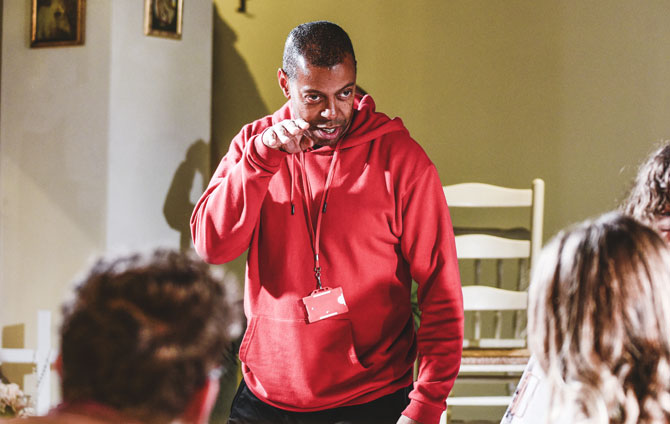 Stage Combat tutor Kevin McCurdy, who has directed the Richard Burton Company’s current production of The Glass Menagerie, famously passed up on a College teaching lesson because he had to go and teach Nicholas Cage how to fight.

Another time when HRH The Prince of Wales was visiting the College, Kevin taught him how to fake a punch by saying, ‘go for it!’ 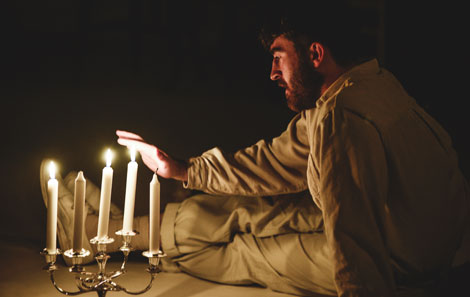 Kevin has just directed his first play here at RWCMD, The Glass Menagerie.

Alumni and Fellow of the College, Kevin’s skills are in high demand: he’s worked with all the leading theatres including the National, the Royal Shakespeare Company, and Manchester Royal Exchange.

He’s directed fights for all the major TV companies including BBC, Channel 4 and Sky 1. In his film and stage work he’s choreographed fights with the likes of Ron Perlman, Ciaran Hinds, Ralph Fiennes and Olivia Coleman, as well as in films for Disney Pixar and most recently Canaries out now on Sky Movies. 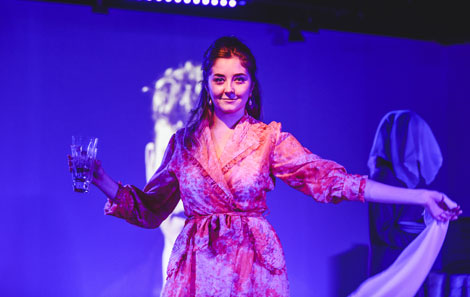 He’s also choreographed music videos, including for Off Bloom Shut Up And Let Me Walk and Formation’s ‘A Friend’.

So what keeps Kev coming back to the College, even when Hollywood calls?

“It’s the vibe. Everything here comes from grass roots. To be able to go out into the industry and then bring all that information back to the students is paramount – it’s a virtuous circle.

The comraderie between the staff and the students is amazing here. It’s like one big happy family – that’s what keeps me coming back.

I said when I graduated that If I was lucky enough to be able to teach then this is the only College I’d want to come and teach in. Way back in 2005 I got that chance and that was it for me. Everything else is extra.”

Kevin is also the co-founder member of the Academy of Performance Combat, is a UK Leader in his field and was the first black Equity Professional Fight Director in the society of British Fight Directors. 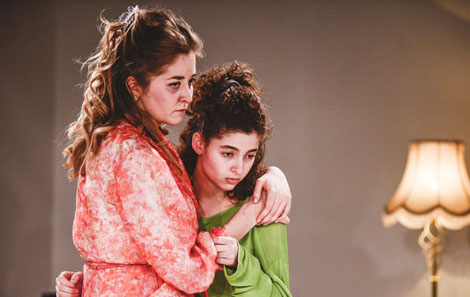 After The Glass Menagerie, he’s back to his regular gig on Hollyoaks and then to Shakespeare’s Globe to work on Edward II – some great opportunities for fight choregraphy there, watch this space…

Most recently, BBC Radio Wales Arts Show devoted a whole show to Kevin, where Nicola Heywood Thomas chatted to him about his choreographing work and training actors in combat for stage and screen: