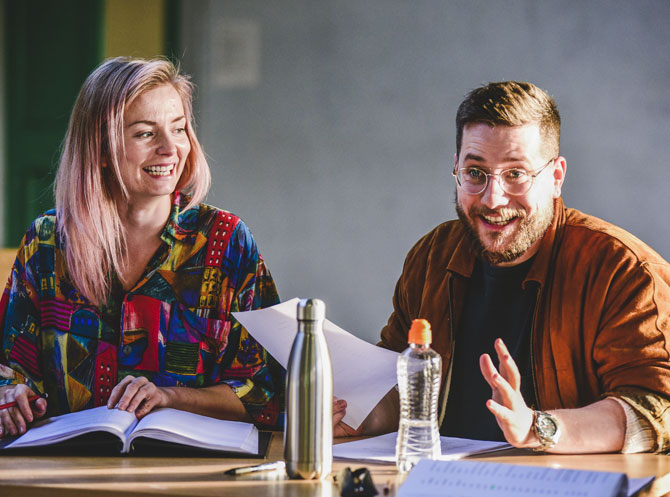 Chippy Lane Productions, named after the (in)famous Caroline Street in the heart of Cardiff, is a London based collaborative theatre company with the brilliant aim of promoting Welsh and Welsh based theatre talent to audiences in and beyond Wales.

In this first episode link they talk to RWCMD graduate and star of Sky One’s Stella, and BBC’s Doctor Who, among other things, Catrin Stewart. 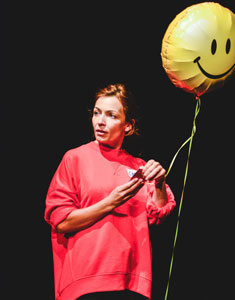 Graduate Michelle Luther in Chippy & Scratch “Does The Diff” 2017.

Another of their various projects is their popular Chippy and Scratch nights, where Welsh and Wales based writers can showcase new work in progress in front of an audience and panel of industry professionals.

Featured writers have gone on to work with companies such as Dirty Protest, Edinburgh Fringe, and National Theatre Wales, and include graduate Ashna Rabheru, featured in this review from Theatre Wales.

Review: "hometowns retain a bizarre pull on our psyches" – on a night of 4 new works-in-progress from Welsh writers https://t.co/0cdk67EHs4 pic.twitter.com/8xfdArsG79

Chippy Lane’s Associate Playwright Jacob Hodgkinson’s new play Between Eternity and Time, in association with Sherman Theatre, will be performed as part of RWCMD’s NEW:2019 season at the end of March.

CPL was founded by Cardiff born actor Rebecca Jade Hammond, who was recently recognised as a ‘100 Women of Wales’ 2018 by Wales Arts Review, which highlights women who are ones to watch, and inspiring the arts in Wales.